Kriti Sanon has time and again proved that she's a thorough professional. The actress recently completed the shoot of her upcoming movie, Mimi and is now all set to swing into full action for her next movie helmed by Dinesh Vijan. The actress seems to be on a no-break mode as she starts shooting for her next in just 10 days after wrapping up Mimi. 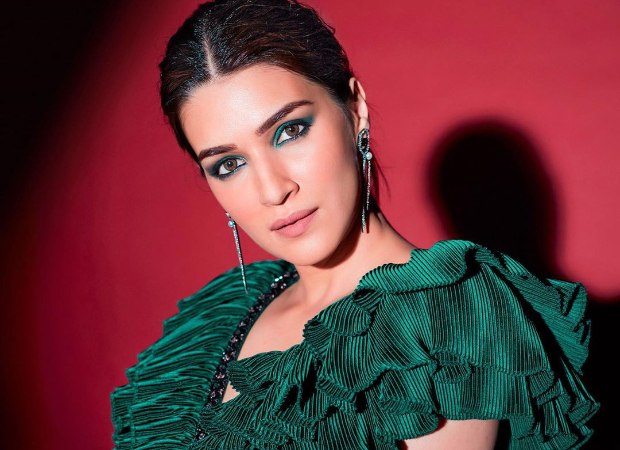 The actress is quite excited about starting this new journey with co-star Rajkummar Rao. She said, "Finally I have wrapped up Mimi and it's a film really close to my heart. Its been an enriching and almost a self-discovering experience as an actor. I had gained weight for my role in Mimi and now I'm all geared up to get back into shape for my next. Mimi’s last schedule was pretty intense and hectic, so its great that my next is a light fun crazy comedy. The timing is just perfect and I’m super excited to team up again with Raj post BKB and also work with great actors like Paresh Rawal Sir and Dimple Ma’am"

The film will be produced by Dinesh Vijan's Maddock Films and Jio Studios. The untitled film will also star Dimple Kapadia and Paresh Rawal and is set to be a situational comedy. Kriti agreed to do the film even before the script was ready, as she loved the concept. The actress who couldn't contain her excitement had taken to social media to share the good news about the comedy film. Directed by Abhishek Jain, the film will be majorly shot in Mumbai. Rajkummar Rao and Kriti Sanon were last seen together in Bareilly Ki Barfi (2017) which was a great success at the box-office.

Kriti had received good reviews for her outstanding performance in Ashutosh Gowariker's magnum opus Panipat released in December 2019. Apart from Mimi and Dinesh Vijan's upcoming comedy venture, Kriti also has Farhad Samji’s comedy-drama Bachchan Pandey opposite Akshay Kumar in her kitty. A total busy year for the busy bee! She seems to be on a roll and how!