It was not too long ago when the shoot of Kedarnath faced a setback owing to the conflict between the co-producers of the film. The names involved in this fight were director and co-producer Abhishek Kapoor and producers at KriArj Entertainment. Now in a new twist of sorts, Vashu Bhagnani has claimed that he owns the Indian theatrical rights to the Sushant Singh Rajput and Sara Ali Khan starrer. And besides that, two other companies namely, Gothic Entertainment and Padma Ispat Private Limited too have made similar claims. 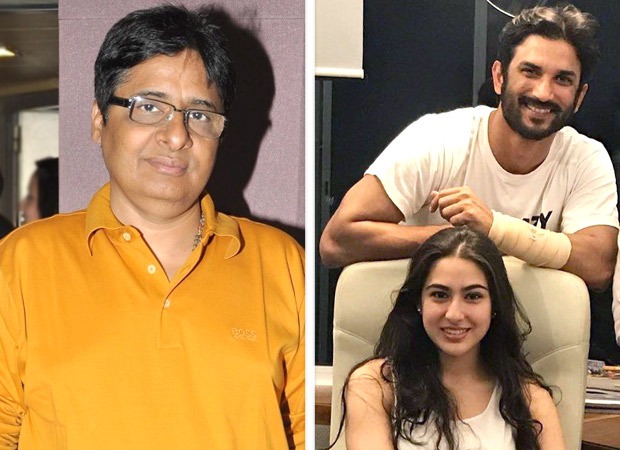 The news has come as a shock to Abhishek Kapoor and his new producer Ronnie Screwvala who are still trying to grapple the situation after they received a legal notice. It seems that Vashu Bhagnani, who owns Pooja Entertainment, has demanded his money since he holds the Indian theatrical rights of Kedarnath. None of the producers, including Ekta Kapoor and Bhushan Kumar [who were to produce the film previously], were aware of the fact that Prernaa Arora of KriArj Entertainment has signed a deal with Vashu’s Pooja Entertainment wherein she had sold the Indian theatrical rights of Kedarnath.

Documents and proofs related to the deal were sent to Abhishek Kapoor and Ronnie Screwvala along with legal notice. Post receiving the notice, Abhishek Kapoor has decided to respond to the same by sending another legal notice to Prernaa Arora. He also added that it is shocking to see how KriArj has sold the rights of assets that they do not own indicating that they didn’t have the permission to sell the Indian theatrical rights of the film.

As of now, Vashu Bhagnani is reportedly awaiting a response to the monetary claims he has made for the theatrical rights. Confirming the same, Bhagnani also added that, based on the deal, the makers will be unable to release the film without his permission if they don’t complete his payment.

Prernaa Arora too responded to the issue in reports stating that she indeed has signed a deal with Vashu Bhagnani about doing films together. However, she stated that she failed to inform Vashu about the film being passed on to Ronnie Screwvala because of time constraint. According to the statement given by Prernaa, she maintained that even though she has sold all her rights on Kedarnath to Ronnie Screwvala, she was never informed him about the decision.

She added that she came across the details in media reports wherein Ronnie expressed that he will be giving money to all the producers including the share of Prernaa which was Rs. 15 crore. He wanted to take over Kedarnath as the sole producer and hence decided to return the investments of other producers in the film.

Prernaa continued asserting that ideally she should have officially terminated the contract with Vashu Bhagnani but added that Vashu, on his side, is right in approaching Ronnie for his money since he holds the theatrical rights of the film.

As for the other two companies who have been making similar claims, that is, Gothic Entertainment and Padma Ispat, Prernaa clearly mentioned that the two have nothing to do with Kedarnath. And also that, she will be proving the same in court.