A lot is being said about Kabir Singh which is a remake of Arjun Reddy. While some have been upset about being remade in Bollywood, some others appreciating the energy that Shahid Kapoor has got in the film. Another intriguing part of the film is to see the chemistry of a fresh pairing – Kiara Advani and Shahid Kapoor who are coming together in a film for the first time! During the trailer launch, when many reporters looked keen on exploring these new aspects in the film, there was a reporter who left Shahid miffed because he questioned about the kissing scene twice to Kiara. 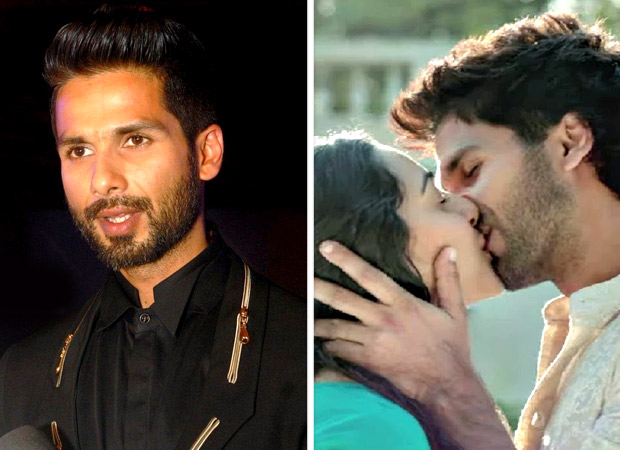 As audiences may have witnessed in the trailer, Shahid Kapoor is seen sharing a lip lock scene with Kiara Advani. When the reporter asked Kiara about how many kisses one can witness in the film, the actress responded that she hasn’t counted as yet. To add to that, Shahid too hopped in saying, ‘ussi ka paisa hain’ [the money is for that only].

When he repeated the question much later, Shahid once again jumped to defend saying, “Teri koi girlfriend nahi thi kya kaafi time se? Maine kahan dekhna hai toh paisa dena padega. Yeh nahi bola paisa ussi ka hai! Woh hi tune samjha and aisa tere dimaag mein atka! Arre papi chod kar koi sawal poocho, acting bhi ki hai logon ne iss picture mein.’ [Looks like you haven’t had a girlfriend in a while! I said if you want to see it [kissing scene], you will have to pay. I never said you will have to pay only for that. That’s what you assumed. Why do you have to keep asking about kissing scenes? People have also acted in this film you know!]

Directed by Sandeep Vanga, who has also directed the original Arjun Reddy, Kabir Singh is expected to release on June 21.