Irrfan Khan is all set and raring to go with his comeback movie, Angrezi Medium. People are going all out to support their favourite actor. He is currently shooting in Udaipur with Radhika Madan who is playing his grown up daughter in the flick. 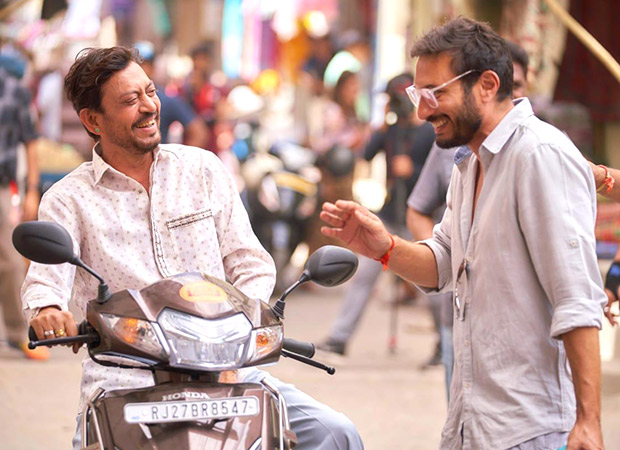 In the picture above, Irrfan and Homi Adajania share a light moment in between takes while shooting for the first schedule of Angrezi Medium.

The director actor duo is working together for the first time and that too on this beloved sequel of the 2017 massively successful film. The film produced by Dinesh Vijan has just gone on floors a few days back and stars Radhika Madan and Kareena Kapoor Khan in the film.

Irrfan was battling a serious disease, neuroendocrine tumour for over a year and he finally came back to the grind again! Kareena Kapoor will join the unit for this schedule. She will playing Irrfan’s wife in the movie. Pakistani actress Saba Qamar essayed that role in its prequel Hindi Medium.

The film is the much-awaited sequel to the 2017 massive hit film Hindi Medium.