Shah Rukh Khan’s fiction-romantic drama, Zero is one of the hugely anticipated films of 2018 releasing during Christmas this year on December 21. Written by Himanshu Sharma and directed by Aanand L. Rai, the film is jointly produced by Rai and Red Chillies Entertainment's Gauri Khan and stars Shah Rukh Khan, Katrina Kaif and Anushka Sharma. Shah Rukh is said to play a double role - a man of short stature (called Baua Singh), who falls in love with a superstar played by Katrina and a normal guy while Anushka is said to portray intellectually challenged character. Zero also marks the last movie appearance of Sridevi (in a special appearance), who died in February this year. She will play herself in a party scene. We have come to know that the last and final schedule of Zero is currently being shot at three different locations of Film City in Mumbai. 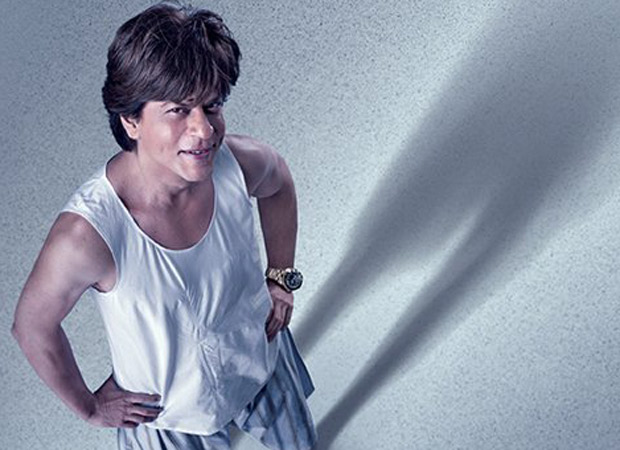 Says a trade source, “Shah Rukh Khan and Aanand L Rai are sparing no efforts or money to make sure that Zero will be one of the biggest and best films of this year. They have booked three locations at Film City in Goregaon in Mumbai. There are all kinds of speculation as it’s a science-fiction drama and the excitement has built up more after the SRK-Salman teaser which came in Eid this year, post the Zero teaser in January. Now, the last and final schedule of Aanand L Rai’s Zero is being shot quietly with Shah Rukh Khan, Katrina Kaif and Anushka Sharma who will all be seen in different days on the various locations. The month-long schedule began from yesterday at Film City with the principal cast and is being shot across three locations. One location is at the helipad, in the grounds, up and below it, and the others are from the entrance to the Adlabs bus stop – three locations of Film City.”

According to the source, “Katrina plays a top actress in Zero so it may show Katrina entering in her car inside the studio with SRK. This last schedule being the climax will involve lot of fabulous action and emotional scenes. The helipad is a huge ground so a massive and exciting sequence has been planned there. Usually lunar modules, helicopter action and chase sequences are shot on large spaces. There has been speculation that after the Zero teaser was released on January 1, Kedarnath director sent out a text saying he had watched the teaser and the song and felt Shah Rukh looked like an alien in it. Ever since then, some people feel that SRK plays an alien in Zero. But nobody connected to Zero has denied or clarified on that.”

Salman Khan, Deepika Padukone, Sridevi, Rani Mukerji, Kajol, Alia, Bhatt, Karisma Kapoor, Juhi Chawla, and R. Madhavan are some of the actors who will be seen in special appearances in Zero.

On Katrina Kaif’s birthday on July 16, Shah Rukh Khan shared her first look from Zero in a poster, where we saw a dishevelled, bleeding, angry Katrina surrounded by a crowd. Shah Rukh had written on Twitter, “There are so many lovely pictures of her, but this one speaks to me beyond my friend’s beauty… Hope you all also give it love. We know she is beautiful. We know she has set our hearts fluttering. She has loved like she has never been hurt. She dances like nobody’s watching her. She has lived like it’s heaven on earth. But all us actors wait for the moment when we can sink our teeth into a character deeper than beauty and its trappings. Here’s my friend on her birthday braving to enthral us in a new avatar. You may ask ‘why so serious..?’ Hmmm... Aapka pata nahi, mujhe toh gusse mein yeh aur bhi haseen lagti hai. Happy birthday my brave and beautiful Katrina... Love, Shah Rukh.”