International Indian Film Academy (IIFA), India’s biggest, most extravagant and spectacular global celebration of Indian Cinema promises a mélange of glitz, glamour, entertainment and new experiences in different ways. This year, NEXA IIFA Awards Styled by Myntra will be presenting the ‘IIFA Award for Outstanding Achievement in Indian Cinema’ to an individual who has had a remarkable career that spans a wide spectrum of films in multiple genres and languages. It comes as no surprise as the prestigious honour will be proudly presented to the venerated actor, Anupam Kher at the 19th Edition on 24th June 2018 in Bangkok, Thailand. 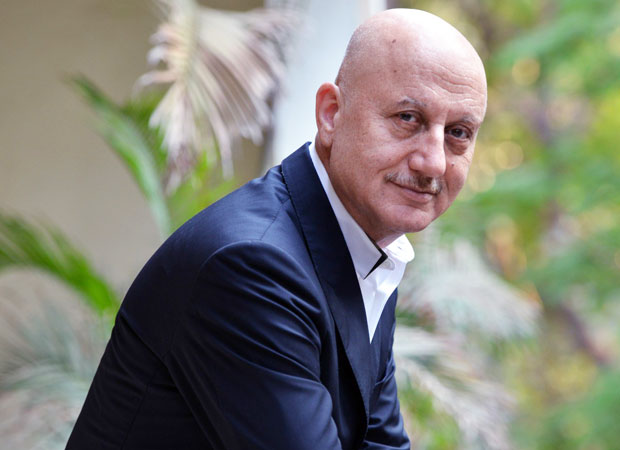 An Indian actor, director and producer with two National Awards under his belt, Anupam Kher continues to be a stalwart in Bollywood even as he makes his presence felt internationally having given some memorable performances in Hollywood as well. With an illustrious acting career spanning more than 500 films in several languages and many plays, IIFA presents the award to the distinguished actor as it recognizes his immense contribution to Indian Cinema.

Commenting on the occasion, Anupam Kher said, “Thank you IIFA for acknowledging my achievements in Cinema. I am privileged to be a part of our Film Industry, which has been so generous in the showing of love and warmth upon me. My 34 years of work has helped me achieve great milestones and at a time when actors my age are offered the Life Time Achievement Award, I prefer to ride on another 34 years exploring new and exciting opportunities in Indian and International Cinema. I am humbled and happy to be the recipient of this award instituted by IIFA.  With every such award comes a sense of responsibility which I promise to be committed to, in our industry and also, as a representative of our country in the International arena.”

Having started his acting journey with Mahesh Bhatt’s Saaransh, there was no looking back for the versatile actor who proved his mettle as an actor and carried forward his golden streak in films including Karma, Lamhe, Dilwale Dulhaniya Le Jayenge, Maine Gandhi Ko Nahi Maara, Khosla Ka Ghosla, A Wednesday and Special 26 to name a few.

Making his country proud at the global level, the thespian went international and worked with acclaimed directors such as Gurinder Chaddha, David O Russell, Ang Lee and Woody Allen. He is credited to be the only Indian actor to have shared screen space with the legendary actor Robert De Niro in the Oscar-nominated movie Silver Linings Playbook.

Not one to rest on his laurels, in 2005 Anupam Kher established his dream project Actor Prepares, a premier acting school in Mumbai, where he takes time off his hectic schedule to personally impart some of his acting secrets to tomorrow’s actors and superstars. Interestingly, Kher is the only actor to have had the distinction of being the Chairman of the institutes that he once studied - both National School of Drama and Film & Television Institute of India.

Currently one of India’s most successful crossover actor, Kher has the distinction of having bagged two nominations at the Screen Actors Guild Awards for Silver Linings Playbook (2013) & The Big Sick (2018) and a BAFTA nomination for The Boy With A Topknot. In addition to his popular shows, Sense8 and The Indian Detective, the thespian has just wrapped NBC’s medical drama New Amsterdam and now been signed on to BBC’s highly anticipated drama, Mrs Wilson.

IIFA Weekend & Awards 2018 will bring together a host of events and engagements across various aspects including business and entertainment with the highlight being the IIFA Awards from 22nd to 24th June 2018 to be held at the reputed Siam Niramit Theatre in Bangkok, Thailand.

IIFA Awards aims to bring the magic of Indian cinema not only to Bangkok but also to the whole of South-East Asia.