Based on the theme of patriotism, Gold will be releasing marking the occasion of Independence Day. Akshay Kumar, who plays the role of a passionate hockey player and has the aim to win Olympics for an Independent India, may have a serious role on screen. But his off-screen humour and pranks are equally famous! The team of the film recently revealed about a funny incident that happened on the sets of Gold. 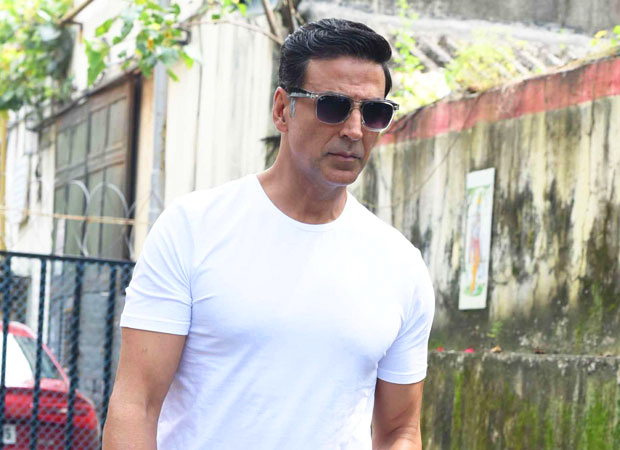 Akshay Kumar had a fun time goofing around with his Gold co-stars. Readers may be aware that recently the song ‘Chad Gayi Hai’ hit the tube. The said number was shot in Mumbai’s Kamalistan studio. It was during the shooting of this song when Akshay pulled off one more prank. Reema Kagti, who has written and directed the sports-drama, shared an anecdote from the song’s shoot, when the majority of the crew, including Mouni, was looking for their footwear as Akshay hid all their shoes in the duct of the studio’s air-conditioner.

On the other hand, speaking about the song were the choreographers, Bosco–Caesar. The duo said, “Working with Akshay means being on your toes as he brings a lot of energy on set. His onscreen wife, Mouni, has an infectious vibe even if she is not doing much. Watching Akshay dance atop a table in this song will be a treat for the audience. The song is catchy, and its funny hook step is sure to grab eyeballs. We created a mood around the situation"

Coming to the song, 'Chad Gayi Hai' is sung by Vishal Dadlani and Sachin-Jigar. It is also composed by the latter. The lyrics are penned by Vayu. The trailer of Gold has been received well by the audience and now everyone is waiting for its release with bated breath. Apart from Akshay and Mouni, Gold has an ensemble cast of Kunal Kapoor, Amit Sadh, Vineet Singh, Sunny Kaushal and Nikita Dutta.

Gold is helmed by Reema Kagti and it has been shot across the UK and India. Produced by Ritesh Sidhwani and Farhan Akhtar under the banner name Excel Entertainment, the film will hit the theatres on August 15.