Six years ago, Karan Johar helped three students graduate from St. Teresa college and today Alia Bhatt, Sidharth Malhotra and Varun Dhawan have weaved their own career paths. Yet again, the filmmaker is all set to present the sequel to Student Of The Year. Not surprisingly, this film too will bring forth talented newbies in B-town. Except the fact that unlike its prequel, only two actors or rather the leading ladies are freshers in Student OF The Year 2. After the introduction of Tara Sutaria in the last poster, here’s presenting the other leading Ananya Panday. The film stars Tiger Shroff as the leading man. 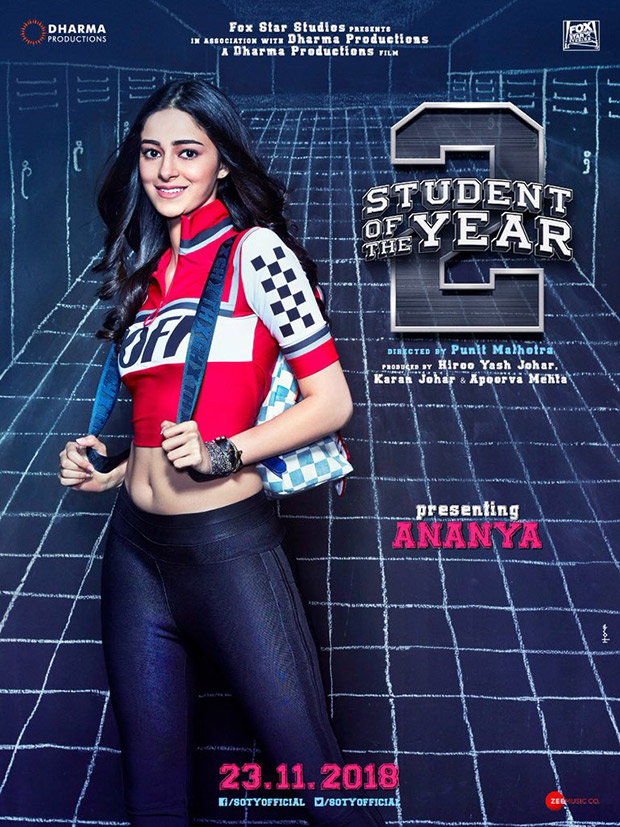 Ananya Panday, daughter of Chunky Panday, has already gained quite a bit of fame, albeit on social media. Ananya is a popular star on Instagram and what also works in her favor is her constant updates with her celebrity friends. Considering that Ananya herself belongs to the industry since she is the daughter of Chunky Panday, she has been brought up around many from the film fraternity. Interestingly, Ananya is also good friends with Shah Rukh Khan’s family and is quite close to Suhana Khan.

On the other hand, speaking on the other leading lady Tara Sutaria, she may not hail from the industry but has a whiff of the Indian entertainment industry. Tara started her career as a VJ and went on to do TV shows, reality shows as an actress and also as a singer.

As for Tiger Shroff, who will reportedly lead this ‘brat pack’, he is being associated with the college romance genre for the first time. While he has earlier made his debut as an action and dancing star, SOTY 2 is said to bring forth a completely different avatar of this Baaghi star.

Karan Johar had announced Tiger as the leading man almost a couple of years ago. However, speculations about the actresses continued to do the rounds until recently. Right after the success of Baaghi 2, Tiger dived into Student Of The Year 2 which has kick started its shoot schedule in Dehradun.

The film, directed by Punit Malhotra, is expected to release this winter, on November 23, 2018.