With Student Of The Year 2 making news, courtesy, its prequel, what also grabbed attention was the leading lady. Later, after Tiger Shroff was announced as the leading man, it was also being said that two leading ladies will be launched by Karan Johar’s wings. As a part of the reports, we have now got a confirmation on one leading lady at least! And it is none other than Tara Sutaria. 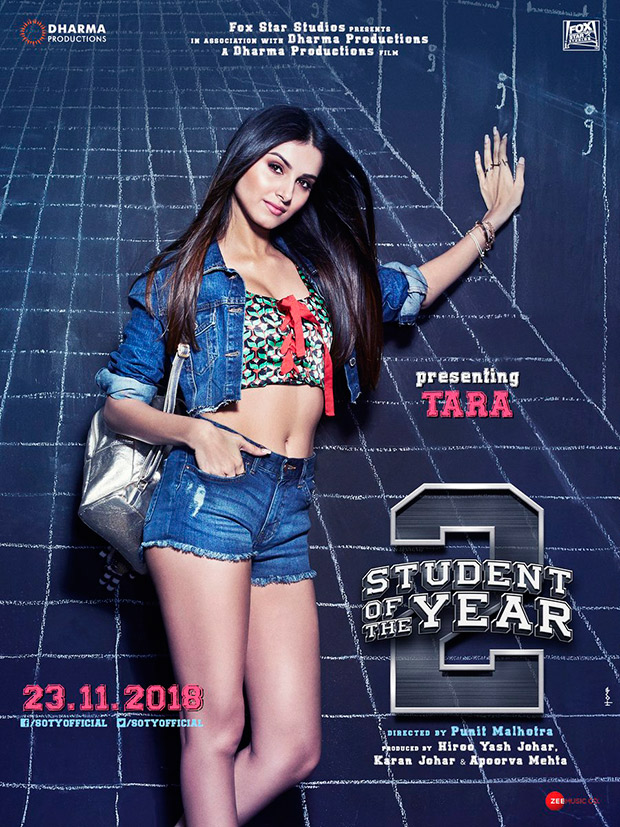 Although it is an unknown name in the Bollywood industry, we hear that Tara Sutaria is a multi-talented model who has some popular TV works to her credit. Starting her career as a Disney VJ, Tara has ventured into many other platforms besides acting which includes music and dance. She has been associated with the Disney channel as a VJ and an actress for some of their shows. Tara also has been a part of some popular reality shows too.

The makers, who are currently making the official announcement on the casting of the film, have released the first look posters of SOTY 2. Tara Sutaria featured in one of the posters sporting a casual collegian look in hot pants and crop top with a denim jacket. Definitely, her style has left us impressed we must say!

On the other hand, although there hasn’t been any official announcement as yet, we hear that another leading lady of Student Of The Year 2 is Ananya Panday. Daughter of Chunky Panday, her Bollywood debut is one of the most awaited considering her popularity on social media.

As for the leading man Tiger Shroff, the actor has by far been known for his action roles. This will be the first time where he will be associated breezy college romance caper. Student Of The Year 2, directed by Punit Malhotra, is produced by Karan Johar. The film is slated to release on November 23, 2018. It is currently gone on floor in Dehradun.

Also Read: Tiger Shroff looks charming in this STUDENT OF THE YEAR 2 poster