The news is that filmmaker-actor- singer, Farhan Akhtar has crooned a song for superstar Mahesh Babu for his upcoming film, Bharat Ane Nenu. The music has been composed by Devi Shri Prasad. The song features the lead pair of the film, Mahesh Babu, and Kiara Advani. 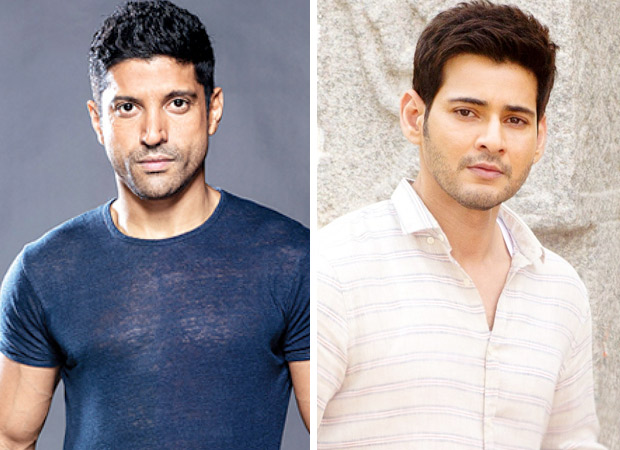 The name of the song is titled ‘I Don’t Know’ and it is a Telugu song. Yes, Farhan Akhtar, for the first time has sung in the Telugu language. Hearing these two names together, we are thrown back to the time when superstar Mahesh Babu had lent his voice for Farhan Akhtar’s MARD initiative. He had recited the MARD (Men Against Rape and Discrimination) poem in Telugu.

Superstar Mahesh Babu shares, "Thank you, @FarOutAkthar ???? Simply loving it!! Welcome to the Telugu Film Industry ????????". The song is a fast and catchy song which will be the introduction song of Mahesh’s character in the film. The makers have shot a behind the scenes video of Farhan singing the song in the studio which will be released too. The song otherwise has been shot in Spain with the lead pair.

Meanwhile, on the professional front, Farhan Akhtar recently had a 13-city-tour across the country with his music band Farhan Live. He also spoke about the cause closest to his heart, MARD (Men Against Rape and Discrimination).

Before that, Excel Entertainment’s Gold starring Akshay Kumar is slated to release on August 15, 2018. It stars Mouni Roy in the lead. Directed by Reema Kagti, the story will revolve around India’s first gold medal win in Hockey after Independence in 1948.