After Bharat, Katrina Kaif may not have given her nod to any movie as yet, but she’s definitely being approached for some big budget ones with top stars. We have heard that apart from being approached for Rohit Shetty’s Sooryavanshi starring Akshay Kumar, apparently, she is also in talks with the producers of the horror-comedy, directed by Raghava Lawrence and again starring Akshay. The as-yet-untitled movie is said to be a drawn from a combined reference of two Tamil films, Tamil movie Muni and Muni 2: Kanchana (both directed by Raghava Lawrence). While Sooryavanshi is about an ATS officer Veer Sooryavanshi, Lawrence’s movie is about a man possessed by a spirit who takes revenge on his killers. 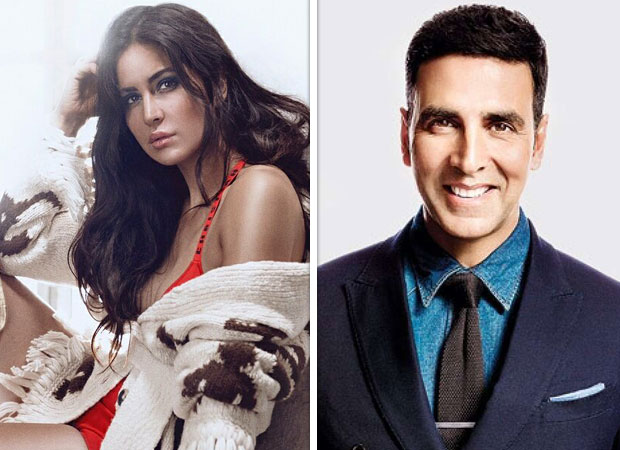 A trade source says, “While Rohit Shetty has denied to the media, about approaching any actress, saying that the script has not been finalised, Katrina Kaif is definitely being considered to play the female lead in Sooryavanshi and been approached for the same. Akshay Kumar and Katrina Kaif have delivered many blockbusters at the box office and their pair is an extremely popular one with fans and at the box office. These days filmmakers don't discuss or announce a project unless they are completely ready and sometimes there's many a slip after thing's have been almost finalised due to date or money issues. Akshay has always referred the actress’s name for many of his recent movies but she had to turn them down because she’s been looking for a strong role opposite Akshay. Now she’s also been approached by co-producers Shabina Khan and Tusshar Kapoor (Akshay Kumar is producing along with them) of Raghav Lawrence’s horror-comedy too as Akshay’s romantic lead as the star was keen that the actress say yes to this one. It will be interesting to see what Katrina makes of either proposition as the roles are not meaty enough in both the movies and right now, she’s looking at something much more substantial. If Katrina says yes to any one, it will mean her and Akshay coming together after nine years.”

While in Sooryavanshi, the lead actress will play Veer Sooryavanshi’s wife who is a pillar of support to him when he is fighting corruption, in Lawrence’s as-yet-untitled movie, the female lead will play Akshay’s (a man who is petrified of ghosts and refuses go out after 6 pm) wife again. Shabina Khan denied that she was in talks with Katrina for Lawrence’s movie. The last movie that Akshay and Katrina did together was Tees Maar Khan (2010). Vipul Shah had approached Akshay Kumar and Katrina Kaif, for Namaste England but things didn't work out as Akshay was busy with prior commitments and Katrina thought she would not suit the part of a desi girl, so Shah went ahead with Arjun Kapoor and Parineeti Chopra.

Also Read: Rohit Shetty meets Farah Khan: Why we are more excited about this crossover than Singham – Simmba – Sooryavanshi