NTR Kathanayakudu that released last month didn’t meet with much favourable response. However, after the trailer of the second part of the NTR biopic – NTR Mahanayakudu released, the audiences had some high expectations riding on it. But alas! The film faced an unexpected catastrophe when it was hit by the piracy menace and was leaked on a website. Not surprisingly, the incident has resulted in the film incurring losses. 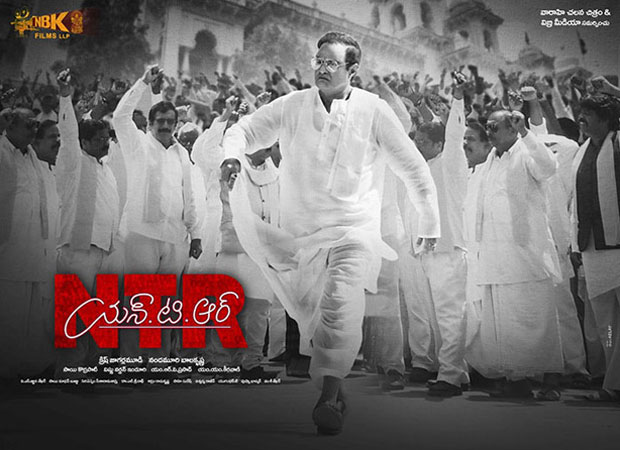 If reports are to be believed, amongst many films, NTR Mahanayakudu became a victim to piracy on the day it was released. The film released on Friday, February 22 and by evening, the pirated version of the film was available online for download. Reports have it that a gang recorded the entire movie during a morning show and posted it online for downloading on a website. From HD versions to normal versions of approximately 2+GB to 200 MB, varied options were available for download.

Considering this, the pirated version of the film became viral as many downloaded the same during the weekend. Hence, the same has affected the business of the film which has been made on an extensive budget. From real life locations to featuring superstars like Rana Daggubati and Vidya Balan, the film has been an expensive venture. But heavy competition, mixed reviews and to add to that the piracy, has resulted in the makers suffering heavy losses in terms of earnings.

NTR Mahanayakudu is directed by Krish aka Radha Krisha Jagalarmudi and features Balayya aka Nandamuri Balakrishna in lead role as he essays the role of his late father. Besides him, Vidya Balan features as NTR’s wife Basavatarakam and Rana Daggubati features as Chandrababu Naidu, NTR’s son-in-law and the current Chief Minister of Andhra Pradesh. The first part of the film NTR Kathanayakudu released on January 9.

Also Read: Wow! We get to see more of Rana Daggubati in this newly released NTR Mahanayakudu trailer and we are loving it!