The theatrical trailer of the comic caper Suraj Pe Mangal Bhari was unveiled two days back and has met with a great response. Starring Manoj Bajpayee, Diljit Dosanjh and Fatima Sana Shaikh, the trailer of the film has ‘Releasing this Diwali’ mentioned in the end. In the pre-Covid times, this wouldn’t have been a cause of concern. But in today’s times of films releasing directly to OTT, it has become imperative that if a film is being released in cinemas in the traditional way, then the same should be stressed upon in the publicity material. The makers of Akshay Kumar-starrer Bellbottom mentioned ‘Ready for Cinemas’ in the teaser that was recently unveiled. Meanwhile the new poster of Satyameva Jayate 2 also had the word ‘In Cinemas’ written in bold. With this crucial information missing out in Suraj Pe Mangal Bhari trailer, many in the trade and industry are wondering if the film’s theatrical release is unconfirmed. 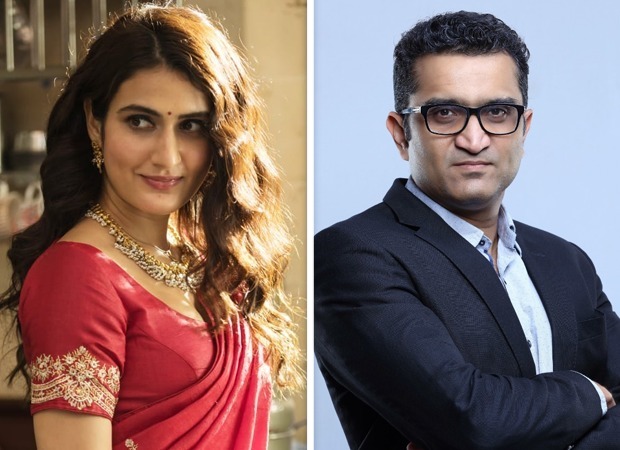 When contacted, Shariq Patel, CEO, Zee Studios, exclusively tells Bollywood Hungama, “Before the pandemic broke, no trailer compulsorily wrote ‘in cinemas’, right? The moment I say ‘releasing this Diwali’, it’s understood that it’s coming in cinemas. Why are people assuming that it’s not coming to theatres?”

So will Suraj Pe Mangal Bhari release in theatres? Shariq Patel replies, “Yeah, if theatres open in Maharashtra and Punjab, then we are coming to cinemas. And there are certain terms that we are discussing with the theatre owners. It’s a theatrical release as far as we are concerned.”

When asked about the terms put forward by Zee, Shariq Patel explains, “We want the window between TVOD and theatrical to be reduced to 2 weeks. Internationally too, the rule has changed and it has been reduced to 17 days. If that’s where the world is moving, then the multiplexes here are being foolhardy and are simply delaying the inevitable. We are also asking for higher terms in percentage share.” Interestingly, earlier in the West, the films had to wait for 90 days before getting a release online. For Bollywood films in India, there’s a 50-day window, however.

Shariq Patel then states that he also wants no reduction of shows in the second week. “If I am having a thousand shows on Weekend 1, I don’t want those shows to be reduced to just hundred on Weekend 2. I need an assurance that the same number of shows will be there in the second weekend as well. We need to give viewers time to warm up to the idea of going back to cinemas. It’s no longer the opening weekend game as the market is recovering.”

The producer feels he is justified for asking these terms, “If we are willing to take a risk by releasing a film in cinemas at a time when they are allowed to function at only 50% capacity, then there should be a gesture from the side of the multiplexes to appreciate it. No other filmmaker has announced the release date of its film. But we have. Hence, I hope the multiplexes take the appropriate step which would ultimately bring people back to theatres.”

The multiplexes, reportedly, fear that if the pre-Covid arrangement is changed, it can set a wrong precedent. Shariq Patel however reasons, “We have increasingly said that let everyone agree with certain terms for the next six months only. The fight for VPF and other issues that we have had since years can continue.”

Shariq Patel also makes it clear that god forbid if things don’t go as per their plan, they might have no choice but to release Suraj Pe Mangal Bhari on their online platforms. “We have got the back up of whether we want to go to ZeePlex or Zee5. As an integrated media company, we have enough options to monetize the film. And obviously, monetizing the film in theatres is why we make films, right?,” states the producer.

Earlier this month, Zee Studios released the Ishaan Khatter-Ananya Panday starrer Khaali Peeli on ZeePlex. The makers were keen to release the film on the big screen and it was to be the first film to release when theatres were allowed to reopen on October 15. However, the plan failed. Shariq Patel says, “I was a little disappointed when multiplexes didn’t let Khaali Peeli to be screened, saying that it’s an OTT release. However, it’s not; it’s a pay-per-view release. Even today, if you want to see the film, you have to pay Rs. 300. I don’t understand why multiplexes are treating us at par with an SVOD (Subscription-Video-On-Demand) film. I find it strange but I guess they have got their reasons.”