Varun Dhawan and Sara Ali Khan have been confirmed for Coolie No 1 produced by Rohit Dhawan and directed by David Dhawan! Inside sources associated with the film have revealed that Sara Ali Khan has been roped in opposite Varun Dhawan for the remake of this hit comic caper and we can’t help but get all excited for the same. The Govinda starrer was a blockbuster for its songs, dialogues and complete masala package! The movie will be helmed by Rohit Dhawan and David will direct the same. Sara, with Simmba, has proved that she is a total commercial Bollywood film heroine with oodles of oomph, charm, and charisma. Her pairing with Varun Dhawan will be totally interesting for the same reason that he matches her vibe too! 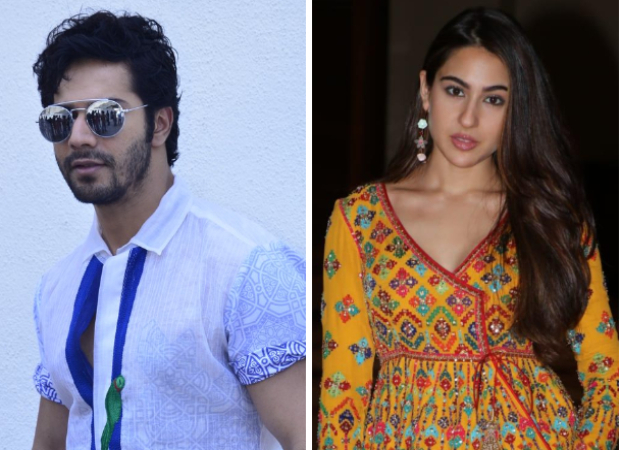 Sara has made the right noise with her first two films Kedarnath and Simmba which showcased both her screen presence and acting chops! It will be great to see her in yet another fun flick. There were reports about Alia Bhatt being considered for the role but then, though the Varun Alia Jodi is loved by masses, we have seen them often on screen and so a fresh pairing with Sara holds a different allure.

Varun Dhawan is currently promoting Kalank starring Alia Bhatt, Aditya Roy Kapur, Sonakshi Sinha, Madhuri Dixit, and Sanjay Dutt. He also is shooting Street Dancer with Shraddha Kapoor in London. He has been working non-stop and therefore it is reported that he has kept his marriage with Natasha Dalal on a back burner for now.