While there has been speculation about some scenes of Rohit Shetty’s Sooryavanshi being re-shot now in Hyderabad, we have also come to hear that some new characters have been added to the script, after the first schedule. The cop action-drama stars Akshay Kumar, Katrina Kaif, Gulshan Grover, Sikandar Kher and Niharica Raizada among others. Sooryavanshi, which is one of the most anticipated action-drama cop dramas of 2020, is slated for release on March 27. 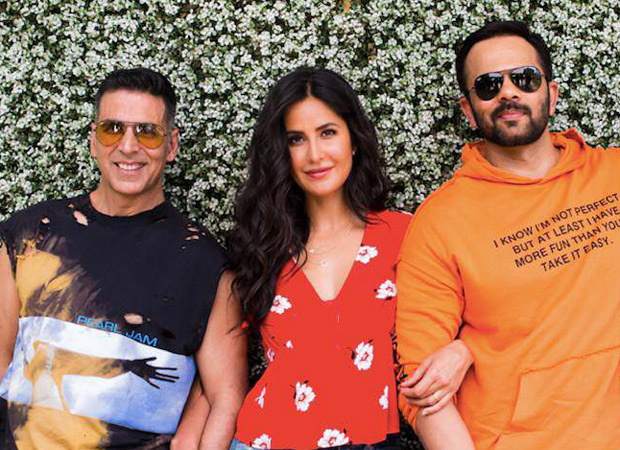 Says a trade source, “There has been buzz that some re-shooting is happening in Hyderabad on the movie, apart from the climax, which was shot on Ranveer, Akshay and Ajay, and they have been shooting for the last few days. Katrina was also there as part of some scenes but whether they were new scenes or re-shot one’s is not clear. Apparently, the makers (including writer Farhad Samji) are changing some of the tracks and have added the characters of Akshay’s father and mother, which was not there in the original. Akshay plays a stylised cop, ATS Chief Veer Sooryavanshi, who deals with terrorism and Neena Gupta and another actor has been finalised to play his parents. Buzz is, the characters were added to give emotional layers to the movie and was a recent decision.”

The source adds that apparently, Neena Gupta will wear prosthetics to get the look of an elderly lady and as Akshay’s mother, as she’s shooting for Shubh Mangal Zyada Saavdhan too and has to remain in continuity. “She is a very dedicated artist and went through the process of life casting which takes a mould of her face and neck, for sculpting the prosthetic, in the first week of October. It’s a powerful role which apparently, was pencilled in recently in the script as was the role of Veer Sooryavanshi’s father.”

The actor who is playing his father is under wraps which they will announce according to their marketing strategy. There’s talk that Anupam Kher is playing Akshay’s father. In May this year, Akshay posted a candid pic on Twitter with Anupam Kher and Gulshan Grover. He captioned it saying, “I started my career with these two and it's amazing to still be working with them. We've laughed, punched each other, grown up and grown together. Beautiful people who I call friends.’ The source says, “Akshay has shot many movies with Anupam and his wife Kirron and is very close to the family. If Neena and Anupam play Akshay’s parents in Sooryavanshi, it will be a casting coup as the two award-winning actors have acted in Rakesh Bedi’s much-acclaimed, super hit play –Mera Woh Matlab Nahi Tha.”

There were rumours that some scenes of Sooryavanshi were being re-shot and Akshay had cancelled some of his Laxmmi Bomb dates, re-schedule them again for the Sooryavanshi shoot with Katrina in Hyderabad but the source dismisses those rumours. “Rohit is a very organised director and clear about what he wants. His shoots wind up earlier than scheduled, he has a very efficient and supportive team of technicians, and his action plan is safe and meticulous, so it seems highly unlikely that he would need to re-shoot scenes. One can always add characters to move the story forward and add emotional depths to it. Re-shooting is expensive, and a producer’s nightmare and it can never happen in a Rohit Shetty movie. He has always been a producer’s darling – he is not known as a Hit Machine for nothing.”

Also Read: Ranveer Singh gets his BEAST mode on for his cameo in Sooryavanshi!