One of India’s biggest multi-genre festival, Vh1 Supersonic, is all set to take over Pune from 7th - 9th February 2020. They have just announced the headliners and the full artist line-up and we cannot keep calm! So get your squad ready for the epic lineup as the festival has announced over 90 international and homegrown artists. 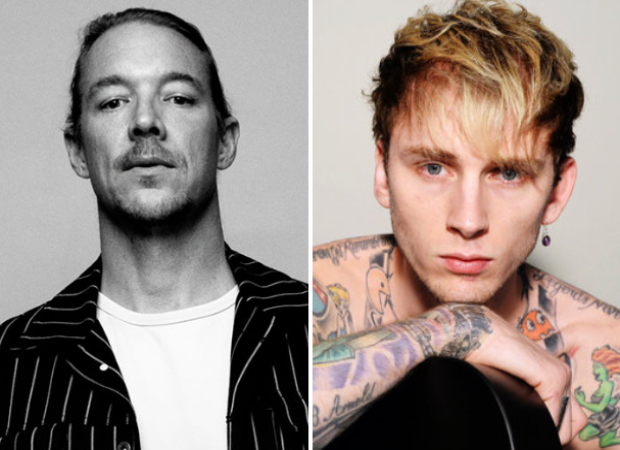 Diplo, the Grammy-winning artist who is one of the most dynamic forces in music today has been confirmed as one of the headliners along with American rapper Machine Gun Kelly and the Denver-based artist Illenium. Along with the three headliners, Vh1 Supersonic will offer music lovers an unmissable opportunity to waterslide into the world of the popular rock band Chon; The Awakenings, this is the 5th year the mighty dutch techno brand ‘Awakenings ’ will be hosting festival’s techno stage; and Divine, one of the most popular rappers and hip-hop artists in India.

Another first to perform include Sampa The Great, Gryffin, Speedy J, Divine and Spanish sensation Ilario Alicante. Nestled in the city’s Mahalakshmi Lawns, the 2020 edition will be adorned with 6 alternate stages for insurmountable musical performances.

Speaking about the festival, Mahesh Shetty, Head - Network Sales, Viacom18, said, “Music is an emotion that culturally binds people of our country. Vh1 Supersonic has become a mainstay for festival-goers and with its seventh edition, we wish to take it to the next level and give world-class experiences curated for our patrons. Our strong association with Budweiser, American Tourister including other esteemed partners is what motivates us to come back with some of the most unique and upbeat themes for the musical extravaganza, year on year. We look forward to forging many such partnerships and give our superfans the best that they deserve.”

Nikhil Chinapa, Festival Curator, said, “Staying ahead of the curve and throwing surprises at our fans every year, Vh1 Supersonic is going a notch higher with the addition of two worldwide sensations, Diplo and the notorious “rap devil” Machine Gun Kelly, to its extravagant headliner lineup at the festival. Diplo’s recent releases include a string of global hits and collaborations with music’s A-listers and Machine Gun Kelly’s new single has smashed past the 100 million streams mark in the blink of an eye! We’re also proud to introduce a K-Pop group for the first time at Vh1Supersonic, opening new doors to new genres and making our Superfamily ever larger and more inclusive. Also joining us for their first-ever shows in India are Dutch techno giant Speedy J, and Spanish sensation Ilario Alicante. On mainstage, Zonderling, Gryffin, and Magnificence all make their debut appearances on Indian soil at Vh1Supersonic. It’s a dream lineup and all we need is you to #BeThereBeFree.”

Satiate your musical palate with the most diverse music and a special line-up of artists coming to India for the first time – Vh1 Supersonic 2020 is the ultimate weekend gateway. Be there, be free and get lost in the wilderness!

Z-pop stars will make their India debut between February 7th to February 9th, 2020 in Pune. The groups Z-Girls and Z-Boys include two Indians, Priyanka Mazumdar, and Sidhant Arora who are pumped to perform on home ground.