Ajay Devgn is determined to bring out his A game on screen. He has signed loads of interesting projects and it seems like his fans are in for a memorable treat on screen. He turns a year older today and well, he had a special treat planned for his fans. He launched the trailer of his new film: De De Pyaar De today along with his co-stars Rakul Preet Singh and Tabu. While he has been working with Tabu for many decades now, he has fresh chemistry with Rakul Preet who he has been paired for the first time. 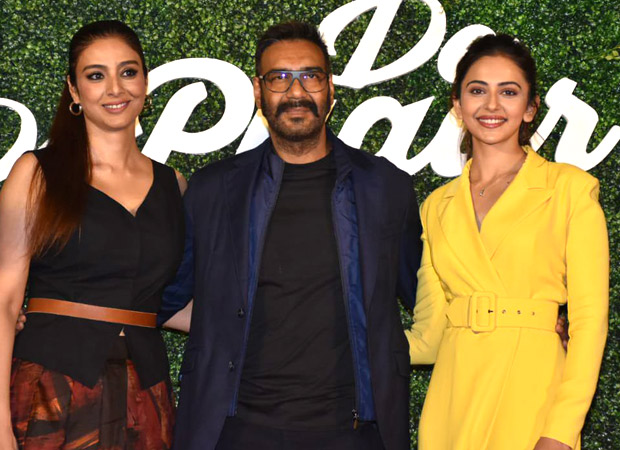 At the trailer launch, he was asked who he enjoyed working with the most. Tabu or Rakul? Now, that one is a toughie and Ajay was left tongue tied for a second before giving a very witty reply. At first, he said, “I have chemistry with both.” Tabu interjected and said, “He must be bored of me.”

Ajay then said, “See I have turned 50. It has its own benefits. When I was 25 I had one (woman) Now I have two (women).” Later Ajay said that he referred to only his on-screen equation with his ladies but the real secret of his life is that he stuck to only one woman (his wife Kajol) in real life. Now, that is a sweet admission, don’t you think?

Ajay is playing his age in the movie and has grown-up children as old as his girlfriend on screen played by Rakul Preet Singh. Tabu plays the role of his ex-wife.