The third instalment of the Dabangg franchise is finally all set to go on floors today. The movie was announced soon after the release of Dabangg 2. Salman Khan’s iconic cop character Chulbul Pandey is definitely one of his favorite roles till date. The anticipation regarding Dabangg 3 was already high and now even before it goes on floor; it has managed to create frenzy amongst the fans. The Khan brothers, Salman and Arbaaz, took to their social media to share that they’re commencing the shoot for Dabangg 3. 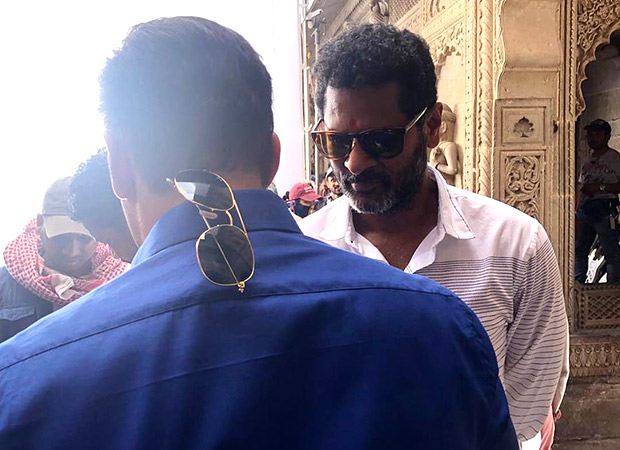 Dabangg 3 also happens to be the movie that will reunite director Prabhu Dheva and Salman Khan after almost a decade. This duo was last team up together in Wanted, a movie that was a complete entertainer and yet again had Salman donning the cop uniform. This will mark their second venture together as Prabhhu Dheva is all set to direct Salman. The movie is being produced by Arbaaz Khan and has Sonakshi Sinha in the lead role, just like the first two instalments. The movie’s antagonist will be Sudeep, an actor from the south who will have a meatier role than the previous villains and can easily be considered as the second lead of the film.

Back in our birthplace for #Dabangg3 shoot @arbaazkhanofficial

The makers have also assured the fans that the plot and storyline of the film will be different from the previous two and it will be a cat and mouse chase between the protagonist and the antagonist. There also won’t be an item number in the film but a big surprise awaits the fans. The movie is slated to release in December 2019, marking two big releases for Salman Khan this year; the first one being Bharat which releases on Eid.

Also Read: Salman Khan has assured that he will work with Saroj Khan and it may be for a Dabangg 3 song