Conmen, superstitions and ghost hunting! Get ready for Bhoot Police. A horror comedy in 3D. With Bhoot Police, Fox Star Studios envisions to create an immersive world of entertainment and thrill in 3D. Teaming up for the first time on the big screen, Saif Ali Khan, Fatima Sana Shaikh & Ali Fazal form the lead cast of Bhoot Police. The film will be helmed by Pavan Kirpalani, known for directing thrillers like Phobia and Ragini MMS in the past. 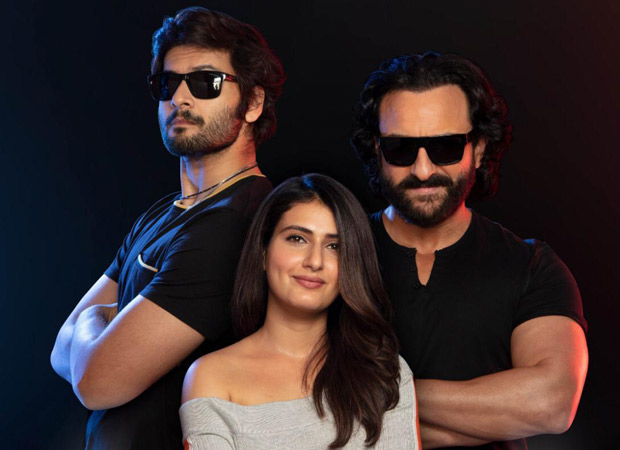 Pavan Kirpalani, Director of Bhoot Police, said, “This is a story I've been living with for a very long time. Couldn't have found better collaborators than Saif, Ali, Fatima and most importantly Fox Star to bring this to life. This is going to be a fun, spooky ride!”

Rucha Pathak, Chief Creative Officer, Fox Star Studios, commented on the big announcement “We are excited to delve into a new world of technology and story-telling with Bhoot Police. We are looking forward to this collaboration with Pavan and the brilliant star cast and having a great time ahead with this movie!”

Saif said, “I’m so pleased about Bhoot Police. The subject is brilliant; a story that really works and is surprising till then end . Clutter breaking even in its genre! Pavan is an occult expert and this cast is just right . Oh ya ! And 3D!!! That’s a new one and I’m excited. Pavan is really well versed with world horror !!! As well as indian folklore .. so I’m excited working with him as it’s a favourite area of mine also ! And working with some one new like Fatima who is very good at her work is very exciting also. Ali and I will be really good together I feel !

Bhoot Police goes on floor in the month of August.