It's been quite a busy week for South Korean superstars BTS. Following the announcement of the collaboration with Coldplay and meeting with President Moon Jae-in, the septet has announced another online concert. The group will hold an online concert in October. 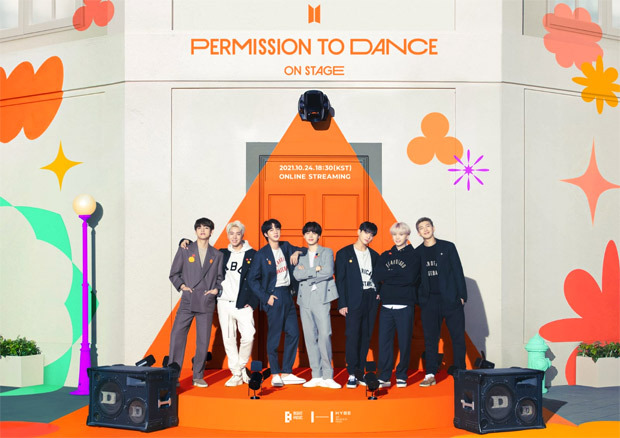 BTS to hold Permission To Dance on stage online concert on October 24, 2021

The announcement was made on the global fan community platform Weverse, accompanied by a vibrant poster in the key color of “Butter” CD single that includes “Permission to Dance,” heightening the excitement for the event. According to a statement released by their company BIGHIT Music on social networking platform Weverse on September 24, it read, "BTS PERMISSION TO DANCE ON STAGE” will be held on Sunday, October 24 as an online live-streaming event. Wherever you are, that’s where our stage will be! Join in and dance together. We don't need permission to dance ~♬We will provide additional notices with details on reserving your online streaming tickets."

This marks the band’s first concert in about a year since ‘BTS MAP OF THE SOUL ON:E’ held in October 2020. The show, which was viewed across 191 countries/regions, incorporated cutting edge technologies such as AR, XR that enabled BTS to closely interact with the fans through the “ARMY on Air” fan event.

More information about the concert will be announced at a later date. Back in June 2021, BTS held a muster/online concert to celebrate their 8th debut anniversary.

Meanwhile, the legendary band Coldplay and South Korean juggernaut BTS are collaborating for the very first time with the song ‘My Universe’ releasing on September 24.