It was only recently that we, at Bollywood Hungama, reported that Akshay Kumar will be co-producing the remake of Bhaagamathie with Bhumi Pednekar and R Madhavan as the lead pair. However, Madhavan took to his Twitter to deny any association with the project. Just today, Akshay Kumar took to his Twitter to announce the same project, titled Durgavati. 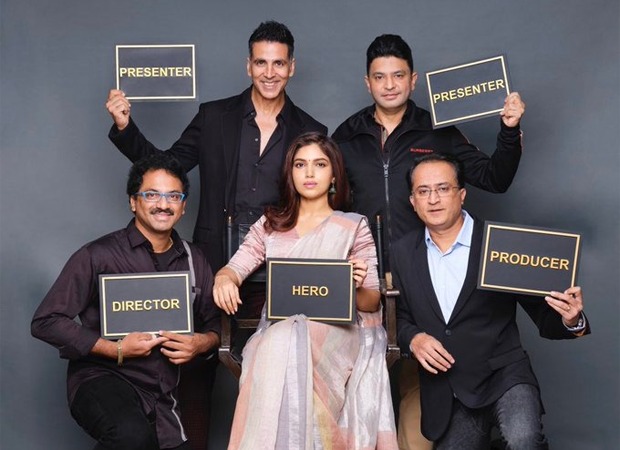 The project stars Bhumi Pednekar in and as Durgavati, a scary thriller that is going to keep you at the edge of your seats. The film will go on floors mid-January, 2020 with Akshay Kumar’s A Cape Of Good Films and Bhushan Kumar’s T-Series as the presenters. Durgavati will be produced by Vikram Malhotra of Abundantia Entertainment and is being directed by Ashok G.

Akshay took to his Twitter to share the news with his fans along with a picture, take a look.

An industry insider informs, "Bhushan and Akshay's lethal combination has worked wonders at the box office, be it Bhool Bhulaiyaa, Humko Deewana Kar Gaye, Airlift, Patiala House, Baby or their latest blockbuster Housefull 4. Their latest announcement, Durgavati starring Bhumi Pednekar has left the audience with frenzied anticipation, as they always expect good content and great music from the producer-actor duo."

Bhumi Pednekar will also be seen in Pati Patni Aur Woh while Akshay is prepping for his upcoming release, Sooryavanshi.