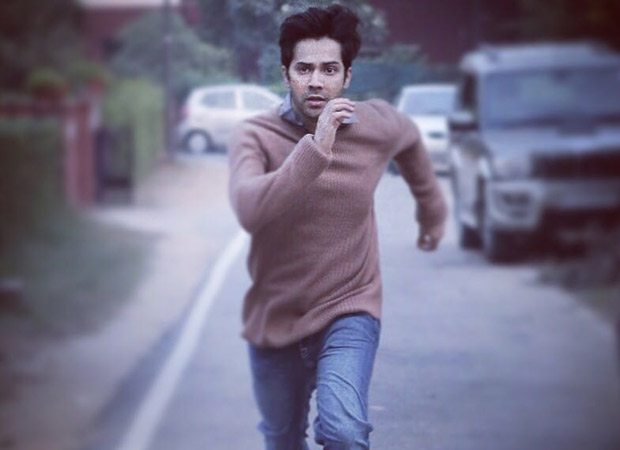 Varun Dhawan, who has had a phenomenal year with his films with Badrinath Ki Dulhania and Judwaa 2, is all set to bring a different story next year. Shoojit Sircar and Varun Dhawan are coming together in their next production titled October which will be a slice of life love story written by Juhi Chaturvedi. The film went on floors in the month of September and Varun Dhawan will be co-starring opposite debutante Banita Sandhu.

Now, the film has got a release date as well. Varun Dhawan took to Twitter to make this announcement today, "As October comes to an end it arrives earlier next year. #October releases on 13 th April now. @ShoojitSircar @ronnielahiri @BanitaSandhu." The film will be hitting the theatres on April 13, 2018. The first look was also unveiled in which Varun Dhawan is seen running with a scared expression on his face.

Added Producer Ronnie Lahiri of Rising Sun Films,“ At Rising Sun Films, our endeavour has always been to create stories that are simple, connect with the audience and stay with them. October will hopefully be one more step in that direction. The film will release in theatres worldwide on 13th April 2018.”

But, what is interesting is Varun Dhawan’s October may be clashing with a major big budget film. We had reported on Sunday that Akshay Kumar and Rajinikanth starrer 2.0, which was supposed to release on Republic Day next year, has been pushed to April 2018 release. It has been speculated that the film will release on April 13, 2018, which happens to be around Tamil new year and is perfect for the Rajinikanth fans.

Now, October happens to be Varun Dhawan's first collaboration with ace filmmaker Shoojit Sircar. If all goes as planned, it would also be the first time Varun Dhawan will be clashing with superstars like Akshay Kumar and Rajinikanth at the box office.