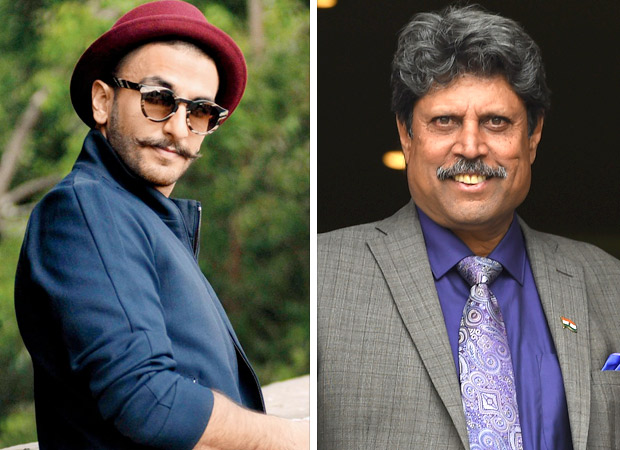 In the era of biopics, Ranveer Singh is the latest A-list actor to join the bandwagon. We have now learned that the actor will soon be seen as former Indian Cricketer and Captain, Kapil Dev, in a film based on India’s victory in the 1983 Cricket World Cup.

All the fans can rejoice as Ranveer Singh will be donning the cricketer's hat in Kapil Dev biopic which will be helmed by Bajrangi Bhaijaan director Kabir Khan. Vishnu Induri, founder of Celebrity Cricket League and the South Indian International Movie Awards, will be producing the film.

Shouldered by then captain Kapil Dev, who led the Indian cricket team to its maiden World Cup win, 1983's World Cup stays to be one of the most etched events in the minds of the cricket fans.

Kabir Khan has already completed the scripting of the film and has expressed Ranveer Singh to be the perfect choice to play the sports legend. The director said, "As a young schoolboy when I watched India win the 1983 Cricket World Cup I had no idea that from that day onwards Cricket in India will change forever.  As a filmmaker, for me, the journey to that win, filled with raw energy and sheer passion of that young Indian team, is probably one of the most exciting stories I have worked on. And it’s great to have Ranveer come on board to play Kapil Dev, as honestly, I could see no one else for the role, ever since I started finalizing the script."

Vishnu Vardhan Induri, who is producing the film with Phantom, expressed his thoughts on the film saying, "Our dream of wanting to make a movie on the Incredible journey of the Indian cricket team during the 1983 World Cup only gets bigger with Kabir Khan and Ranveer Singh coming on board. With his energy and passion, we feel that Ranveer would perfectly fit the role of Kapil Dev who is one of the greatest sporting legends India has ever produced.”

Vikramaditya Motwane of Phantom Films shared,“ 1983 is the greatest Indian underdog sports story ever and we’re delighted to be making it with Kabir and Ranveer. Taking on the mantle of playing a legend like Kapil Dev isn’t easy but if any actor can do it, it’s Ranveer. I’m sure his portrayal is going to be endearing and brilliant and we can’t wait to see it on screen.”

While Ranveer Singh will play the lead, the film will be backed by a powerful support cast. The casting of the other cricket players is yet in process. The film will be shot at real locations and will be going on floors early next year. According to a source, the official announcement of the film will be made on September 27 in Mumbai.

In the recent times, the biopics on cricketers like Mohammad Azharuddin featuring Emraan Hashmi and M.S. Dhoni featuring Sushant Singh Rajput has been made.

On the film front, Ranveer Singh is currently gearing up for the release of Sanjay Leela Bhansali’s period drama Padmavati in which he is playing Alauddin Khilji. The film stars Deepika Padukone as Rani Padmavati and Shahid Kapoor as Raja Rawal Ratan Singh. It is set to release on December 1, 2017.