BLACKPINK member Jennie Kim, who is a vocalist and a rapper, is reportedly dating the leader of K-pop group Big Bang - G-Dragon, real name Kwon Ji-Yong. The news was reported by South Korea's local tabloid Dispatch that the pair has been in a relationship for over a year now. 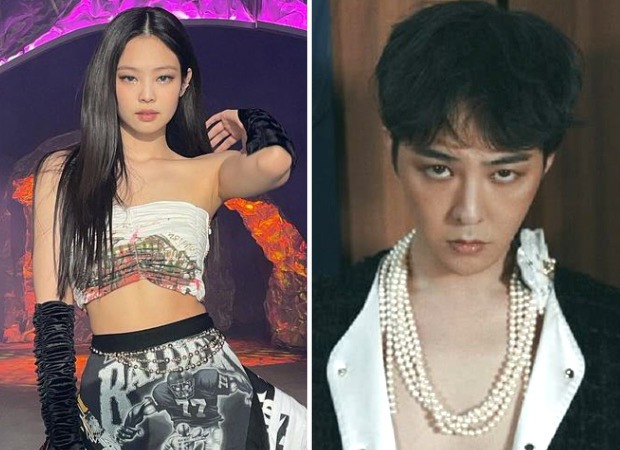 According to the report, it is known secret in their parent company, YG Entertainment about their relationship. The tabloid has spotted Jennie arriving and leaving his penthouse residence many times in the past year. The 32-year-old rapper is known to have a personal parking lot and a private elevator which is reportedly being used by Jennie without having to verify her identity. Sometimes her manager would take her to G-Dragon's place, sometimes G-Dragon's manager would escort her instead.

The 25-year-old singer recently did her first virtual concert with her group. According to Dispatch, she was seen leaving his house early in the morning for the concert. His car was reportedly spotted at the venue as well.  A source revealed Dispatch (via Soompi), “Quite a lot of people at YG have noticed their relationship. Jennie’s mother is also aware of her relationship with G-Dragon. She’s thankful that he takes special care of her.”

“We can not confirm anything about our artists’ personal lives. We ask for your understanding," their parent company YG Entertainment revealed in a statement.