In a stunning twist, Bigg Boss OTT presenter Karan Johar announced double eviction on Sunday. Ridhima Pandit and Karan Nath had to leave the competition after receiving the fewest votes as a couple. 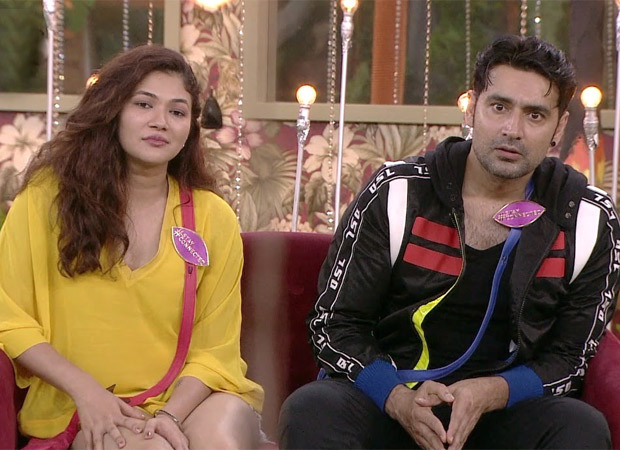 After Divya Agarwal, Ridhima Pandit was the final competitor to compete on the premiere night. Karan Nath, the panel's lone lad, was offered the option of selecting one of them as a connection. Ridhima was chosen as his partner after hearing both of their pitches.

Ridhima had her moments on the show, whether it was her tight friendship with Raqesh Bapat, Shamita Shetty, and Divya Agarwal, or her brawls with Pratik Sehajpal. Her connection, on the other hand, on the episode, Karan struggled to acclimatise. During his two-week stay, he kept a low profile and was barely involved in day-to-day operations. Karan Johar, the show's host, had even called him aside on Sunday Ka Vaar, urging him to be more engaged and visible.

Ridhima Pandit is a well-known television personality, as readers are aware. The actor made her acting debut with Humari Bahu Rajni Kant and has since appeared in shows like as Khatron Ke Khiladi and Khatra Khatra. Karan Nath, on the other hand, had his acting debut as a youngster in Mr. India and then as an adult in Pagalpaan in 2001, followed by Yeh Dil Aashiqana.

Following a punishment by Bigg Boss this week, the entire house was nominated. After these two evictions, Shamita Shetty, Raqesh Bapat, Divya Agarwal, Zeeshan Khan, Moose Jattana, Nishant Bhat, Neha Bhasin, Millind Gaba, Akshara Singh, and Pratik Sehajpal are the only ones left in the competition.

Bigg Boss OTT is a precursor to the main television show, which will be hosted by Salman Khan. Bigg Boss OTT's top performers will be eligible to compete in Bigg Boss 15 at the end of the six-week series.