Bahu Humari Rajnikant fame, Bigg Boss contestant Ridhima Pandit lost her temper and accused Pratik Sehajpal of bullying her. In a teaser released on Monday by Voot, Ridhima is seen saying that he troubles and bullies her. Other contestants including Shamita Shetty, Raqesh Bapat and Divya Agarwal tried to calm her down. 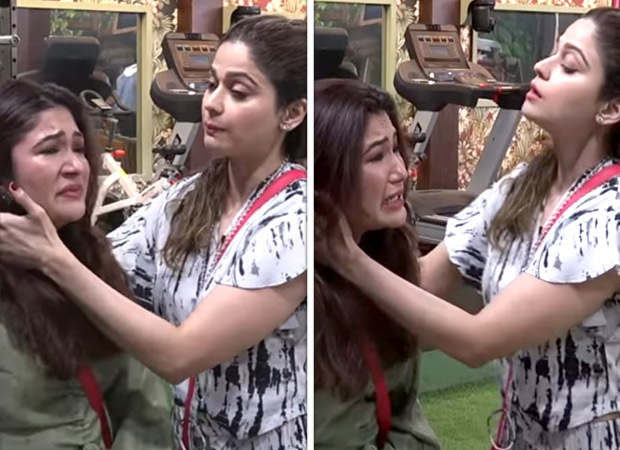 In the recent Panchayat task, the members had to select the laziest connection of the house. While Shamita and Raqesh, after listening to all the contestants, named Karan Nath and Ridhima Pandit, when they were about to explain themselves, Ace of Space Winner Pratik Sehajpal interrupted them and passed remarks.

The discussion then turned into heated argument, making Ridhima Pandit lost her temper as she start crying and screaming that every time she tries to speak, Pratik always cut her, then how will she be able to express her thoughts, adding that he bullies and stops her all the time, and that won't do. She also said that her connection himself says that Ridhima has worked even after everyone takes her name as being the lazy connection. "This is intentional as it is being done for fun... Why does he trouble me? Who is he to ask me 'should I give medicine?”

This is not the first time that Ridhima lost her cool at Pratik. A few days ago he accused her of not washing up after cooking and she had said in Hindi, “I will not do it because I'm not feeling well." When he told her that ‘this is not the way’, Ridhima shouted, “Who are you to question me? I am not well, it's like I'm talking to a wall. You enjoy poking people, I am not your servant, I will work when I want to.” She also told him that he has a ‘gandi (bad)’ mentality.

Bigg Boss OTT is being hosted by Karan Johar and it airs on Voot. The reality show will end before the new season of Bigg Boss returns with TV with Salman Khan as the host.