After much torture that both the contenders for captaincy, Deepak Thakur and Megha Dhade had to undergo, the captaincy result was the most crucial point of the show. Like, we reported earlier, even though eventually Deepak did emerge victorious, it wasn’t without drama that unfolded in the background. Followed by the captaincy task, there were some who obviously were quite unhappy with Deepak being their leader and wanted to revolt against him. And eventually, the episode ended with three contestants – Sreesanth, Shivashish and Jasleen in jail but that too was peppered with loads and loads of fights and arguments. 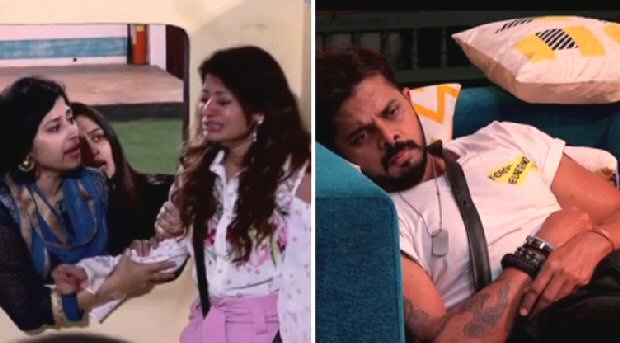 Torturing the captain contenders were other housemates under the instructions given by Bigg Boss, wherein they made Deepak eat chilies and made Megha drink tabassco sauce and bitter gourd juice. While owing to the worsening health of Megha, everyone pressurized her to give up the task, she didn’t budge but eventually struck a deal with her competitor Deepak Thakur and his new bestie Romil Chaudhary for the next captaincy. After Megha quit, it became obvious that Deepak is the winner.

Followed by this, the next day morning saw the teammates in serious discussion which included, Anup Jalota, Shivashish, Jasleen Matharu, Srishty Rode, Dipika Kakar, Karanvir Bohra, Urvashi speaking of the new captain. They were not keen on doing the work that will be allotted by Deepak. However, when the latter did start allotting duties, Dipika immediately agreed to the responsibility given to her by him.

The main twist however came in the format of Kaal Kothari! Bigg Boss, this time, had a unique instruction for contestants wherein he revealed that three contestants who reach the confession room first will be given a choice to name their choice of contestant who will be sent to Jail. Shivashish, Saba and Rohit were the first three to barge in and they named Romil, Shivashish and Sreesanth respectively. In a previous conversation, where Rohit was seen having a conversation with Sreesanth, he had named that he would first nominate Jasleen for Kaal Kothari and then if he was asked to nominate another name, then it would be Sreesanth. They were later joined by Romil in the conversation.

On the other hand, when Bigg Boss asked the contestants to go to jail aka Kaal Kothari – it included Shivashish, Sreesanth and surprisingly Jasleen Matharu. The latter two argued with Deepak for this decision. Sreesanth was extremely irked at this decision and even went to call Bigg Boss as the worst show ever. While he initially vehemently refused to go to Kaal Kothari, he later gave in. But despite being there, he made no efforts to hide his extreme anger and even tried to break free from Kaal Kothari!!!

While that is where the episode has ended, Salman Khan has condemned Sreesanth’s behavior on Weekend Ka Vaar! Here’s what you can expect in the next episode of Bigg Boss: