Bigg Boss 12 is slowly but steadily gaining masses’ interest. It's been more than a month since it started and a lot of controversies have gone down already. Latest one being Shivashish planning to run away from the house. So apparently, he had to listen to lot of criticism from every one including Salman Khan during Weekend Ka Vaar and he felt he should leave because his self respect was compromised in the house. So, he did what we were used to seeing Sreesanth do all the time. In yesterday's episode he claimed walls and was threatening to jump. Karanvir Bohra climbed the wall and persuaded him to come down. 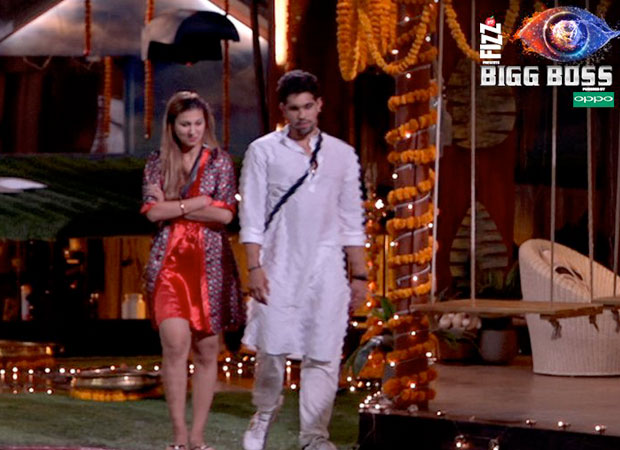 This act left housemates shocked, especially Jasleen. She went up to Shivashish later on and spoke to him about his condition and said that she needs him in the house. Dipika Kakar on the other hand thought that he was clearly faking it. Surbhi Rana also voiced this opinion and confronted Shivashish who said she is free to think what she wants. Surbhi was on fire as usual and taunted Jasleen about her FAKE relationship with Anup Jalota.

Aside from this, captain Sreesanth was asked to nominate inmates for elimination. He took Rohit Suchanti, Jasleen Matharu, Karanvir Bohra, Deepak Kumar, Surbh Ranai and Romil's names. Karanvir who was Sreesanth’s very close friend got uspet with this and voiced his displeasure. Sreesanth ensured that he won't let him get eliminated. With Sreesanth's nomination, entire Happy Club was targeted. Even on Twitter, Sreesanth's game plan was exposed and his fans appreciated it.