Just a week after its launch, Bigg Boss makers are seen upping their game, making the show more challenging for its contestants. After the nominations on Monday, Bigg Boss announced a new task to be done in the house on Tuesday. The task titled Samudri Lootere was nothing but a torture task directed at the two groups in the house: Singles and Jodis. According to the directions, a member of the opposing team had to sit on a chair with a gold wheel and the rival team members had to make sure they get up and hand over the ring to them. Nehha Pendse was the first contestant from the singles who suffered extreme torture at the hands of the Jodis . She put up a brave front and did not surrender the ring. Next up was Srishty Rode who got all panicky as the Khan sisters, Shivashish, Sourabh, Romil and other members of the group did not leave any stone unturned to make sure she gives up her task. 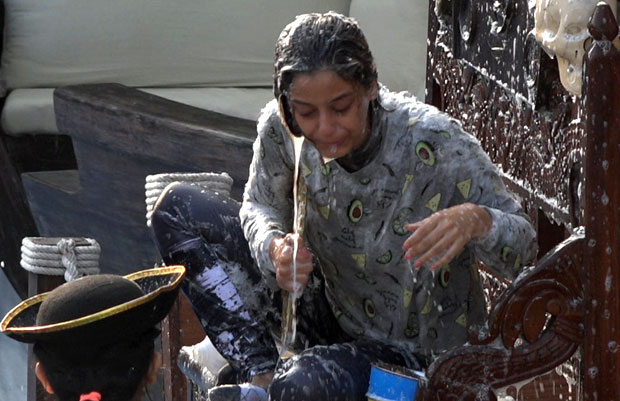 On the top of it, the game moderators were Kriti and Roshmi which made the singles ask question if they were being unfair to them just because they are a rival team. After Srishty could not stand the torture, Dipika Kakar came up next. She was splashed with water on her face till the time she relented. She accused Roshmi and Kriti of being partial to the Jodi team and call Bigg Boss unfair. Karanvir Bohra, like Nehha, put up a brave front and did not surrender. Deepak Kumar showed concern towards the singles. Sreesanth who was exempted from the game due to health problems got emotional and started crying. 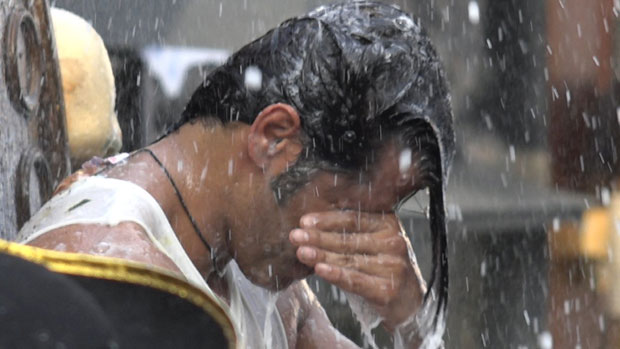 The next episode, tables will turn and Jodis will sit on the torture chair. Check out Bollywood Hungama for more updates on Bigg Boss 12.