Ajay Devgn and Tabu will be coming together for the ninth time with the action drama Bholaa. The film, which is also directed by the Shivaay actor, was in the final leg of its shoot schedule. And now the actress has taken to social media to announce the wrap of the same. She shared a joint post with her Drishyam co-star and also gave us a sneak peek into her look from the film. 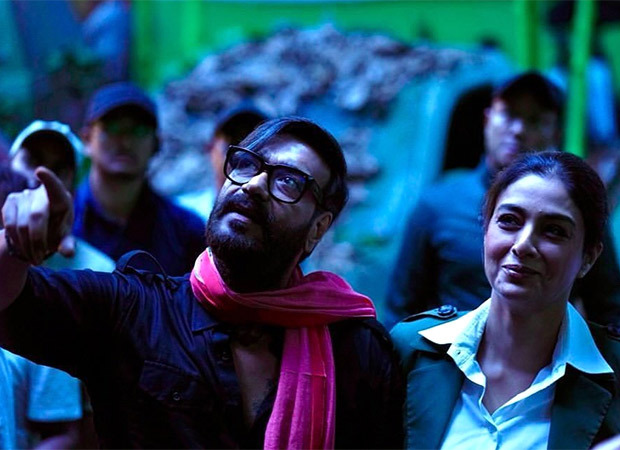 Bholaa: Ajay Devgn and Tabu announce the completion of their 9th film together

Readers would be aware that Tabu and Ajay Devgn are childhood friends and the two of them have played many interesting roles. It is being said that Bholaa will feature the actress in the role of a cop whereas Ajay will be seen in the role of a prisoner. In the recent joint post with her co-star, the actress shared a photo of their looks from the film where she is seen in a suited formal attire whereas Ajay is seen wearing a black shirt with a ghamcha. Along with that, she also added a caption saying, “Look!! We finished our 9th film together! #wewrap #bholaa @ajaydevgn @adffilms.”

Speaking of Bholaa, the film marks the fourth directorial of Ajay Devgn after U, Me, Aur Hum, Shivaay, and the latest Runway 34 that hit the big screens in 2022. It is a remake of the Tamil film Kaithi that originally featured Karthi along with Narain, Arjun Das among others and was directed by Lokesh Kanagaraj. As for Bholaa, the film is expected to hit the theatres on March 30, 2023.

On the other hand, Ajay Devgn and Tabu, who have acted in many films including Golmaal Again and De De Pyaar De, recently also shot for Drishyam 2 together. While they featured as a suspect and cop in the prequel, they will reprise their roles in the second part too, as the film is a continuation of the previous plotline.