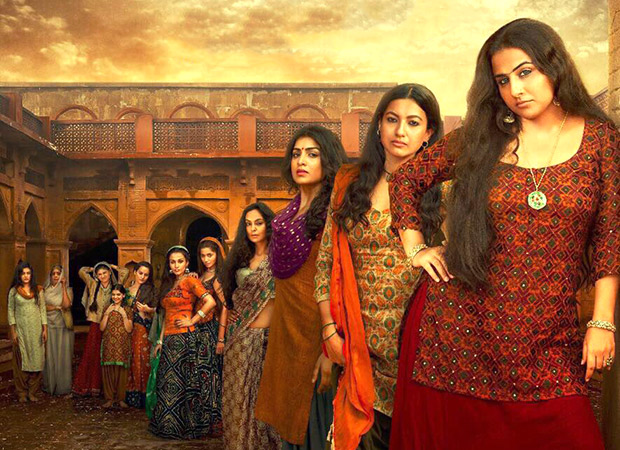 “Every film has its own destiny,” says director Srijit Mukherjee fatalistically as he waits for the release of his first Hindi film Begum Jaan, a remake of his hard-hitting 2016 Bangla blockbuster Rajkahini which releases alongside the mammoth Hollywood franchise Fast and Furious 8.

Srijit’s film about a gallery of sassy whores occupying a no man’s land during the time of India’s partition, has a cast of nearly 40-45 characters, all played by exceptional actors from stage and cinema.

Interestingly Mukherjee, who is known for his avant garde cinema in Bangla, has not repeated even one of the actors in Begum Jaan from the original Bengali film. Although Rituprano Ghosh who played the main lead of the Madame in the brothel in Bengali was keen to do the remake. Srijit opted for Vidya Balan. “I was very sure I didn’t want my remake to look anything like the original. So I deliberately avoided using even one of the actors from the original,” says Srijit.

He has boldly cast two almost-forgotten actors with angelic images in red-hot villainous roles. “When you see Chunky Pandey and Vivek Mushran in my film you won’t be able to recognize them. They are cast for the first time in negative roles. And they are a revelation.”

Chunky has been known for his frivolous flippant farcical roles throughout his career. He plays a vicious assassin in Begum Jaan. “Chunky pays an absolutely ruthless man who stops at nothing to fulfil his greed. There was a hunger in Chunky to prove himself. I used that hunger. Audiences won’t recognize Chunky. As for Vivek Mushran, you will find it hard to accept that the backstabber he plays Begum Jaan is the sweet debutant from Subhash Ghai’s Saudagar.”

Vivek plays a seemingly benevolent school teacher helping the prostitutes make peace with their lives. Eventually his character is exposed to be a monster.

Begum Jaan releases alongside the global franchise Fast and Furious 8. But Srijit is unperturbed, “My film will be seen and judged for its own merits.”