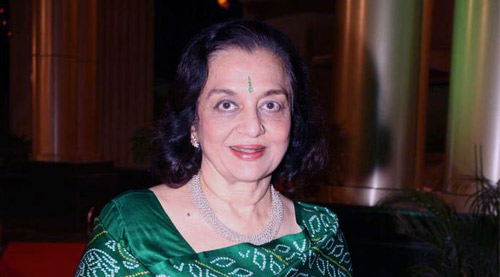 Yesteryear actress Asha Parekh recently was taken to the suburban hospital after she complained of acute stomach ache and bouts of vomiting on August 31. The 73 year old actress, who has been admitted there for six days, was discharged earlier this month.

Reportedly, the tests reveal that the former actress was diagnosed with a stone in gall bladder and even her pancreas was found swollen. Followed by the treatment, the actress is currently in the recovering stage. Talking about the same, Asha Parekh revealed that though she is much better now she is still extremely weak. Stating that she was solely on water diet whilst being admitted in the hospital, she added the doctors were unable to detect the stone and as of now it's gone. However, she further also mentioned that if her next scan, after three months indicate the presence of the stone, then she will have to go in for a surgery.

We at <B>Bollywood Hungama</B> wish the actress a speedy recovery.