All Ranveer Singh – Deepika Padukone fans who were eagerly waiting to see the favourite couple on screen may have to wait for a little longer! The first episode of the much talked about ‘Bollywood goss’ chat show hosted by Karan Johar will not be opened with Ranveer and Deepika as the first guests. Putting these rumours to rest, recent reports claim that step-siblings Arjun Kapoor and Janhvi Kapoor are said to be the first guests on the new season of Koffee With Karan. 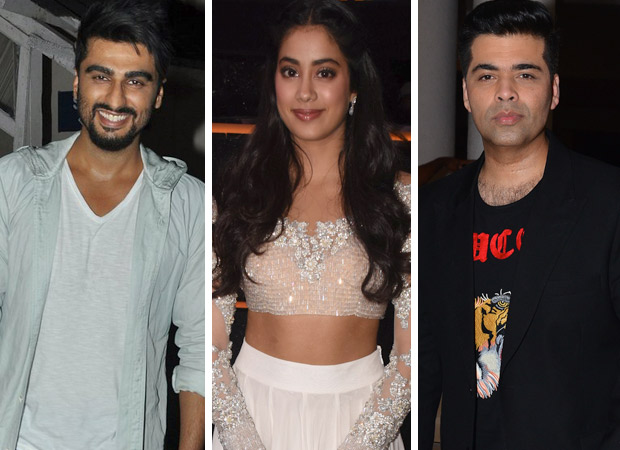 While Janhvi Kapoor will be debuting on the show that is hosted by her mentor, Arjun Kapoor has made more than three appearances in the last season. On the other hand, this is the first time where the siblings will be seen together on a show. There were many a rumours of strained relationship between the Kapoor siblings. In fact, Janhvi and Arjun have opened up to the media only after the sad and unexpected demise of the former’s mother and veteran actress Sridevi. However, this will be the first time that Arjun Kapoor and Janhavi Kapoor will do an interview together.

On the other hand, coming to films, both Arjun Kapoor and Janhvi Kapoor have some interesting projects in the pipeline. After the release of Namaste England in October, Arjun Kapoor will next be seen in Sandeep Aur Pinky Faraar, India’s Most Wanted amongst others. As for Janhvi, after her Dhadak debut, the actress is reuniting with her mentor Karan for two films, his directorial, the period drama Takht and the biopic on air force pilot Gunjan Saxena who was awarded for her bravery during Kargil War.