Arbaaz Khan has been making a lot of news as he is seen wearing his heart on sleeve after his divorce with Malaika Arora Khan last year. Arbaaz has been papped a lot with girlfriend Giorgia Andriani and looks like this is no co-incidence because the industry insiders suggest that Arbaaz might tie the knot with Giorgia next year! He has finally got a nod from his family and Giorgia is seen a lot with the Khan-daan too, which means that his second marriage has got a green signal from them. What’s more? His ex-wife Malaika Arora Khan and sister Amrita Arora too get along very well with Andriani. They were seen exchanging pleasantries and hanging out at the Arpita Khan Sharma’s home at the annual Ganesh Chaturthi celebrations. In fact, Giorgia’s parents too were flown in for the function and formally met up with Arbaaz and his entire family. 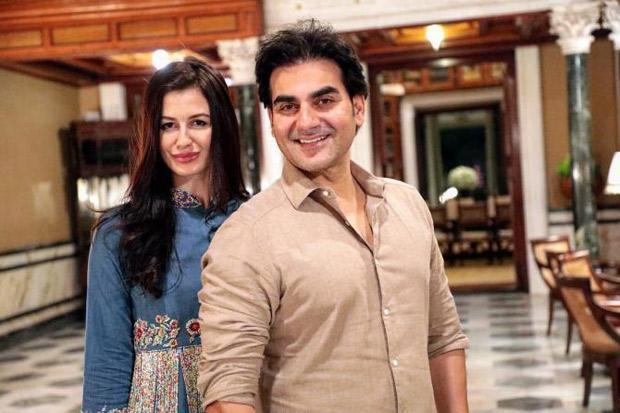 Post Ganesh Chaturthi festival, Arbaaz and Giorgia accompanied the family on a lunch date. Arbaaz and Malaika’s son Arhaan too was present. According to reports, it will be an intimate affair attended by a few friends and family next year at the wedding. There are also rumours floating around that Arbaaz is trying hard to get his girl a Bollywood launch. Now, that is interesting isn’t it? Arbaaz Khan is producing Dabangg 3 next and they have already done the look test. Salman Khan is currently busy with Bharat with Katrina Kaif and of course with Bigg Boss 12, but will start working on Dabangg as soon as he finishes Bharat.

Giorgina has taken to Insta to express her love for Arbaaz.

Also Read: In Love: Arbaaz Khan and his girlfriend Giorgia Andriani are creating buzz with their romance!