Janhvi Kapoor, who made her Bollywood debut in Dhadak, made her first red carpet appearance earlier this week at Vogue Beauty Awards 2018. The newbie actress rocked her first ever couture Ralph and Russo at the awards night. She even won the Fresh Face award. But, what went into the prep for her first ever red carpet? Janhvi gave a glimpse of it through a special video. 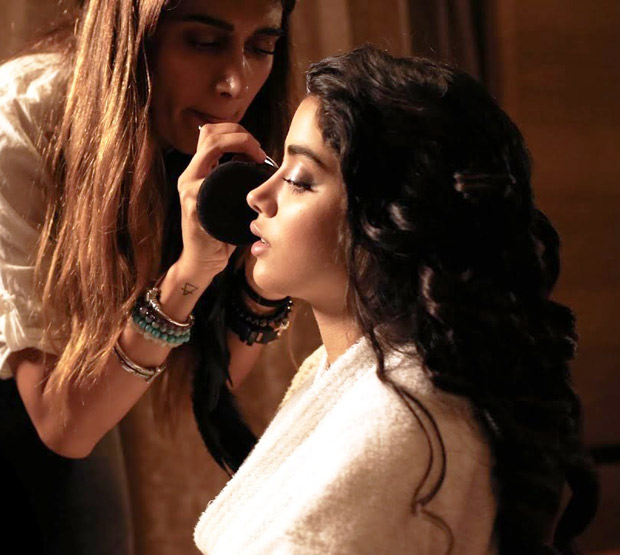 Vogue India shared a video of Janhvi Kapoor getting ready. “I put a lot of food in my hair —eggs, beer, and methi. Some people also go with onion juice but methi is where I draw the line,” Janhvi told Vogue.

Janhvi Kapoor further revealed what tips and tricks her mom Sridevi gave to her for healthy skin and hair. She added, “Mom used to have these secret tips and formulas to maintain good skin and good hair. She would make our hair oil at home with dried flowers and amla, and she’d make sure she gave me and Khushi (sister) and oil massage every three days. Whatever leftover we had from breakfast, we’d put on our face, like strawberries or other fruit, it’d go on us. ”

Janhvi Kapoor made her debut in Shashank Khaitan directorial Dhadak. The film starred Ishaan Khatter in the lead role. It released on July 20, 2018. Till now, the film has collected Rs 69.16 crore at the box office.

Gunjan Saxena is all praises for Janhvi…