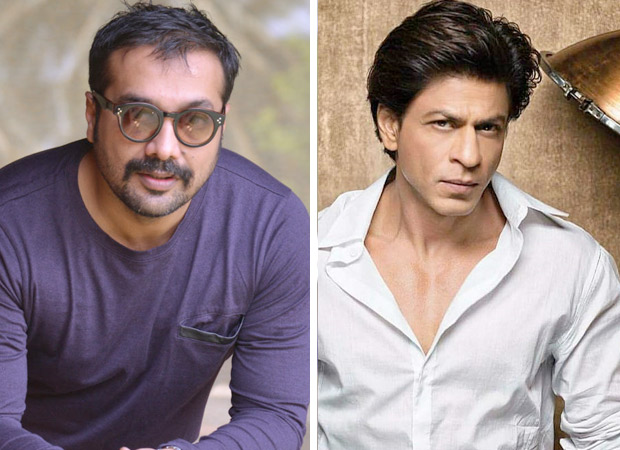 They may have never come for a film together by far but Anurag Kashyap has a different place in his heart for one of Bollywood’s biggest superstars Shah Rukh Khan. The witty actor however hasn’t collaborated with Kashyap for a film as yet. Even though none of their talks [about forthcoming projects] have materialized as yet, Anurag asserted that he wouldn’t leave the film industry without making at least one film with Shah Rukh Khan.

For the uninitiated, Anurag Kashyap had earlier approached Shah Rukh Khan for the film No Smoking, which later on featured John Abraham. In fact, the director had also presented the concept of making a film called Allwyn Kalicharan where he wanted to cast Shah Rukh Khan alongside a Hollywood superstar but that deal fell through too. Yet, Anurag assures that he hasn’t lost hope and will look forward to collaborate with Shah Rukh Khan at least once before he leaves the film industry.

Adding further, Anurag Kashyap maintained that he will create a script that will definitely lure Shah Rukh Khan. The filmmaker also stated that the superstar should be attracted to the story otherwise it won’t be convincing enough.

Talking about his relation with Shah Rukh Khan, Anurag Kashyap described him as his big brother who has always lent a helping hand when in need. In fact, speaking on it, Anurag even revealed that Shah Rukh had even advised him to follow the path he would ask him to but the filmmaker did not want the superstar to extend so much help as he wanted to make a life of his own.

Furthermore, Kashyap also confessed that if there is one man he can never fight with, then it is Shah Rukh Khan. Even if the superstar scolds him, Kashyap mentioned that he would sit in a corner and cry. He also added that he loves the actor to death and no matter what would never speak up against him.

"Rhea Chakraborty is taking her revenge on…