Earlier we had reported that the makers of Life In A Metro are keen on creating a sequel for this urban anthology. Now the latest update on that front is that producer Bhushan Kumar and director Anurag Basu will be joining forces for the same and it has been titled Metro… In Dino. While the music will be scored by Pritam, the film will boast of an ensemble cast which includes Aditya Roy Kapur, Sara Ali Khan, Anupam Kher, Neena Gupta, Pankaj Tripathi, Konkona Sen Sharma, Ali Fazal, and Fatima Sana Shaikh. 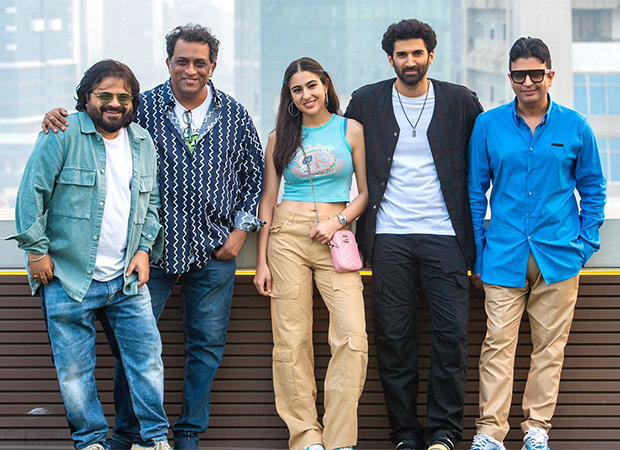 Produced by T-Series and Anurag Basu Productions, Metro… In Dino showcases bittersweet tales of human relationships based in contemporary times! Audiences will not only experience a fresh storyline, but also witness a fresh pairing of Aditya Roy Kapur and Sara Ali Khan together in this present-day chronicle.

Ecstatic about the collaboration, Producer Bhushan Kumar, Chairman & Managing Director, T-Series said, "Working with Anurag dada has always been a treat! Stitching a story out of parallel lives together in a film with a contemporary twist, none better than dada could helm this ship. We are elated to join hands with him yet again for Metro… In Dino. While he brings about the magic with gripping story, Pritam will be adding his charm with the music enhancing the experience entirely. We are surely looking out for this one.”

Director Anurag Basu added, "Metro… In Dino is a tale of the people and for the people! It has been a while I am working on this one and I am glad to be collaborating with a powerhouse like Bhushan Kumar yet again who has always been like a pillar to me! The storyline is very fresh and relevant as I look forward to collaborating with amazing artists who bring that essence of contemporary aura with them. As music plays a very important role in any film, I couldn’t be more happy to be collaborating with my dear friend Pritam who has literally added life to the characters and story with his work.”