Given the deplorable political and social state of affairs in the country currently, masses at large are OUTRAGED. The Kathua and Unnao rape and murder cases have created a stir and the nation now does not want to hear any excuses this time with regard to the same. While Bollywood bled with the barbaric rape and murder of Asifa Bano, superstar Amitabh Bachchan REFUSED to comment at the same. The superstar has been the brand ambassador of the government’s Beti Bachao Beti Padhao campaign, albeit ironically and yet refused to comment on the heinous act. 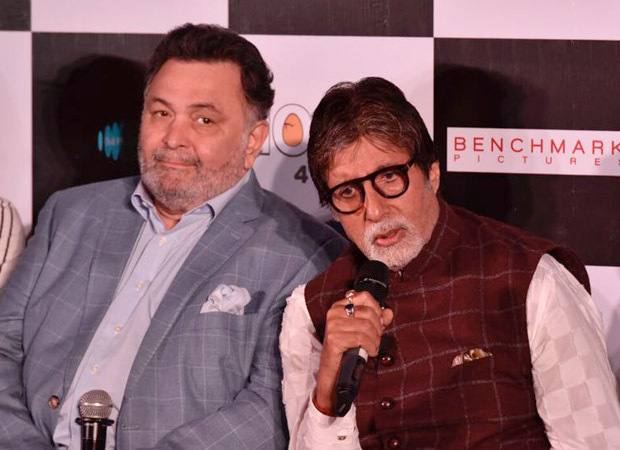 When asked about the same at the recent event where he was present to launch a song of his upcoming film with Rishi Kapoor, called 102 Not Out, he said, "Mujhe uss vishay par charcha karne mein ghinn aati hai. So uss vishay ko uchhalo mat (I feel disgusted even talking about it. So, don't rake up this issue). It's terrible to even talk about it.” While we understand Mr Bachchan’s sentiment of refusing to talk because it is really disgusting and sad, it is equally important for people of power to put pressure on the government to change laws which protect rapists.

On work front, Amitabh Bachchan is teaming up with Ranbir Kapoor’s dad Rishi Kapoor after decades for 102 Not Out and we are excited to see veteran stars, who are in total top shape by the way, to marvel us once more with their amaze acting chops. The film will release on May 7. Amitabh plays the 102 year old 102 years young Dattatraya Vakharia and Rishi plays his son, 75 year old Babulal.