Amitabh Bachchan has been writing on blogs for years now. But, we now know that 10 years of the most read blog of India by Amitabh Bachchan have been completed today on Apr 17, 2018. The megastar began writing it on this day in 2008. Today marks 10 fantastic years of the blog that has inspired millions and created lot of excitement and news with his writing.

Today is the 3676th Day and Amitabh Bachchan has been blogging every day without a break for 10 years. From playing a 102-year-old character in his upcoming 102 Not Out with Rishi Kapoor releasing on 4th May to writing Blog nonstop for 3676 days, the actor never fails to amaze us! 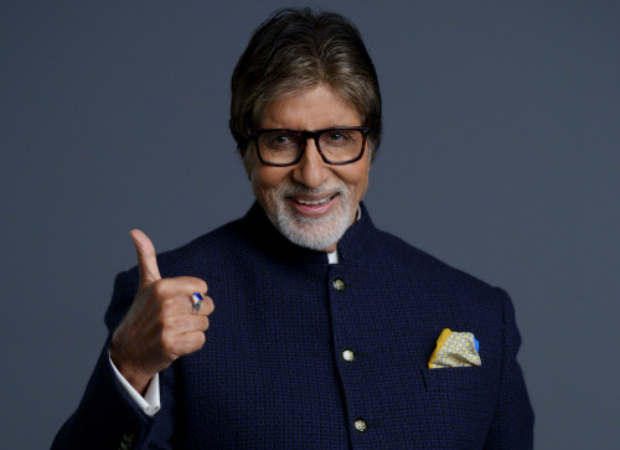 .. and 10 years went by .. I knew no one .. and neither did any of you .. and then we all came to know each other and built a home .. the warmest and most hospitable in the entire world ..

.. it is not just the continuity of my writings .. it is also the continuity of your feelings as well .. when you do not respond, I fear there has been a loss .. a loss is unbearable and so it remains constant .. the joint family of the Ef .. the Ef does not need elaboration .. it is now in developed character, a world , a living, a constant by itself .. it has strength of its existence and the affection of millions ..

… celebrations bring wishes and counter wishes .. we can do without them .. we have for so many years .. and we may and shall continue .. as ever before."

On the work front, Amitabh Bachchan was recently seen in a guest appearance in Akshay Kumar starrer Pad Man. The actor has almost wrapped up Thugs Of Hindostan schedule. Big B will also be seen in Brahmastra starring alongside Alia Bhatt and Ranbir Kapoor. The film is directed by Ayan Mukerji and is slated to release on August 15, 2019. Amitabh Bachchan will be soon seen in Rishi Kapoor starrer 102 Not Out. Directed by Umesh Shukla, the film is slated to release on May 4, 2018.