Bollywood actors Alia Bhatt and Ranbir Kapoor, who were seen in the blockbuster Brahmastra,  have welcomed their first child. The couple had made the announcement, back in June 2022, that they were entering a new phase in their lives and were expecting their first kid. Now, the couple has become parents to a newborn baby girl. 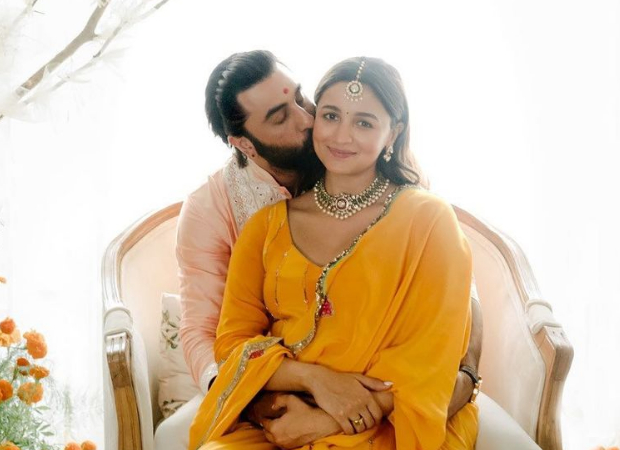 Earlier today, we had reported that Alia Bhatt and Ranbir Kapoor visited HN Reliance Hospital. Reports also suggested that, Alia will also be undergoing C-section. Soon after the delivery, media reports were abuzz with the news as many shared the good news on social media. They confirmed the news on social media saying, "And in the best news of our lives:- our baby is here.. and what a magical girl she is <3 We are officially bursting with love - blessed and obsessed Parents!!! Love love love Ranbir and Alia" 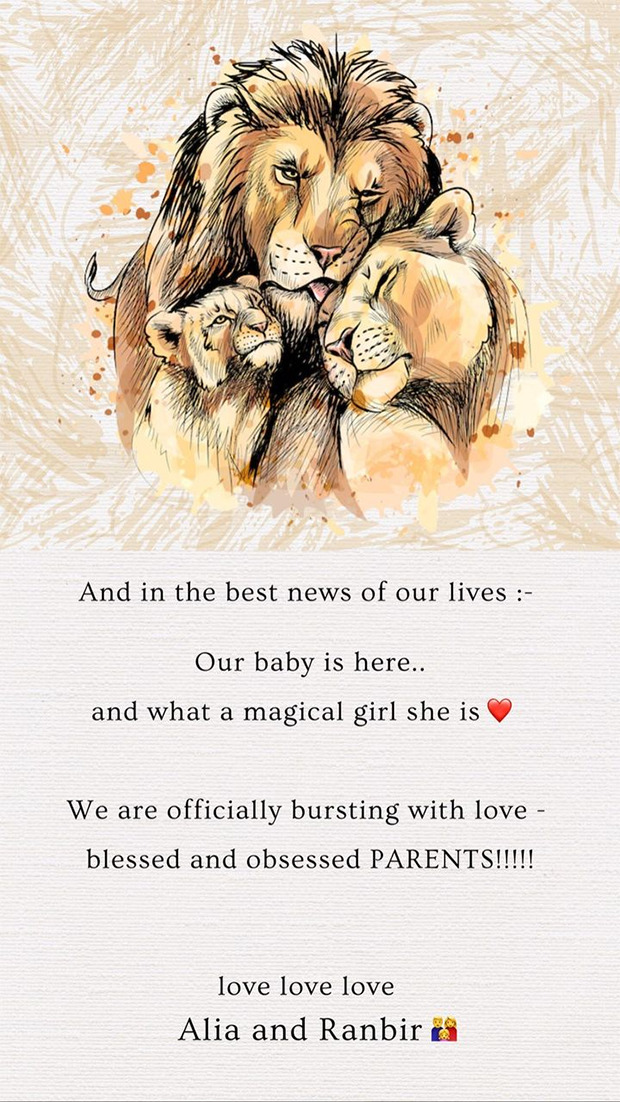 Alia Bhatt and Ranbir Kapoor got married in an intimate ceremony on April 14, 2022, in presence of their close friends and family members. The couple dated for several years before getting married. Their wedding festivities were widely covered in news and on social media. Earlier in October, Alia hosted an intimate baby shower ceremony. It saw the presence of her mother-in-law Neetu Kapoor, Karisma Kapoor, Shweta Bachchan, Alia's mother Soni Razdan, Nitasha Nanda, Rima Jain, Anissa Malhotra Jain, Shammi Kapoor's wife Neila Devi and others. Alia was dressed in yellow attire.

Meanwhile, on the work front, Alia Bhatt will next star in Karan Johar’s Rocky Aur Rani Ki Prem Kahani alongside Ranveer Singh. The film also stars Dharmendra, Jaya Bachchan and Shabana Azmi. It is slated for a 2023 release. She also has a Hollywood debut in Heart Of Stone with Gal Gadot and Jamie Dornan.