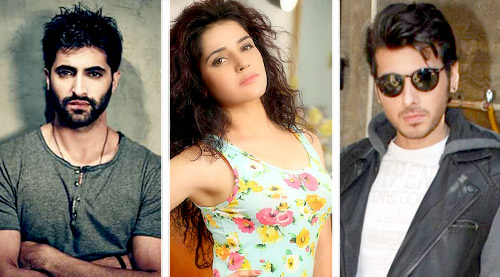 The Laal Rang couple Akshay Oberoi and Pia Bajpai has once again come together for a film titled The Virgins, accompanied by Divyendu Sharma of Pyaar Ka Punchnama fame. Addressing the tabooed topic of premarital sex, The Virgins will deal with a love story at the backdrop.

Pia Bajpai is said to play the bride-to-be who loses her virginity to Akshay Oberoi, who is her boyfriend. Akshay stated that he bagged the role after the makers loved his performances in his previous films. Describing the film as coming of age cinema, the actor also added that today's youth is much more open minded when it comes to discussions about sex and virginity.

Shot in a small Dahanu village, The Virgins is directed by Sandeep A Verma and is produced by Preety Ali (ex-wife of filmmaker Imtiaz Ali) and Vinay Mishra under their banner Humara Movies. Revealing details of the film, Vinay Mishra also mentioned about how virginity remains to be a hot topic of discussion in the country. Though the film has a social message, the treatment given to the same is rather humorous. From what we hear, The Virgins is scheduled for release in mid-June.

Urvashi Rautela to star in Hindi remake of…

Here's why Shahid Kapoor is missing from…