The much-awaited Diwali release Sooryavanshi, starring Akshay Kumar and Katrina Kaif, helmed by Rohit Shetty, is now on Netflix. Following the release on November 5 in theatres worldwide, the film has now arrived on the streaming giant which also features special appearances of Ajay Devgn and Ranveer Singh during the climax. 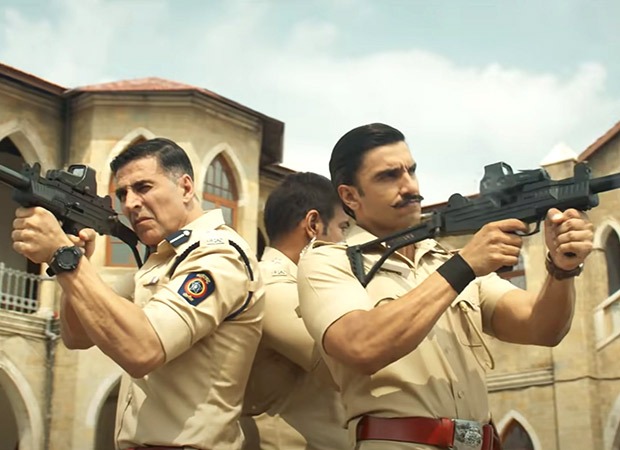 Sooryavanshi arrived on Netflix on December 3rd at midnight. "Sooryavanshi will premiere on Netflix a month after its theatrical release, stepping aside from the conventional eight-week window. And for breaking the norm in these uncertain times, Netflix has paid a premium price to Rohit Shetty and Reliance Entertainment. While the earlier deal was cracked at approx. Rs. 75 crores, the team of Sooryavanshi has fetched Rs. 100 crores from Netflix," a trade source earlier revealed to Bollywood Hungama.

Sooryavanshi tells the story of DCP Veery Sooryavanshi, who is the chief of the Mumbai Anti-Terrorism Squad. In order to stop a catastrophic terrorist attack, DCP teams up with DCP Bajirao Singham (Ajay Devgn) and Inspector Sangram Bhalerao (Ranveer Singh) for an epic climax.

Sooryavanshi became the first Bollywood film to release in theatres after Maharashtra opened up screens in October 2021.

ALSO READ: Twinkle Khanna talks about dividing bills with Akshay Kumar; says she pays for the education of their kids