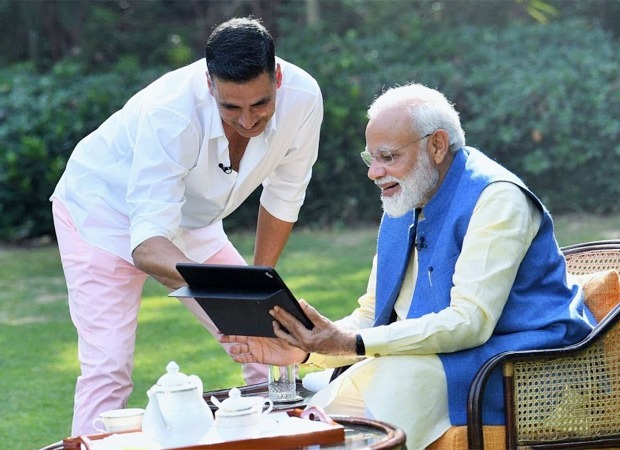 On Friday, while talking at an event, Akshay Kumar spoke about the interview with the Prime Minister. The actor said that anyone would have jumped at the opportunity to interview PM Modi. He said that he went without any preparation and asked him questions like a common man.

Akshay Kumar said that Modi was taken aback by the questions about his jokes and whether he likes mangoes. He said that the PM was kind enough to answer the questions.

Furthermore, the Mission Mangal actor even addressed the political ideologies he and his wife Twinkle Khanna have. Joking about that Akshay said that the two have different ideologies. He said that at home the situation is such that they watch Republic TV one day and NDTV the other. He said that they have now reached a consensus and watch ABP TV.

Also Read: BREAKING: “I have applied for Indian citizenship and I’ll soon be getting my passport” – Akshay Kumar