The trade and some sections of the industry often request that two major films should not release on the same day. Yet, we have seen clashes taking place quite often and it’s something that will happen quite often in the coming few months. Thanks to the third wave of Covid-19, some states shut down cinemas while the rest opted for night curfew. As a result, not a single film was released in January. Things will begin to get better from next week with the release of Badhaai Do, on February 11. Last week, it was announced that Sanjay Leela Bhansali’s period drama, Gangubai Kathiawadi, would release in cinemas on February 25. 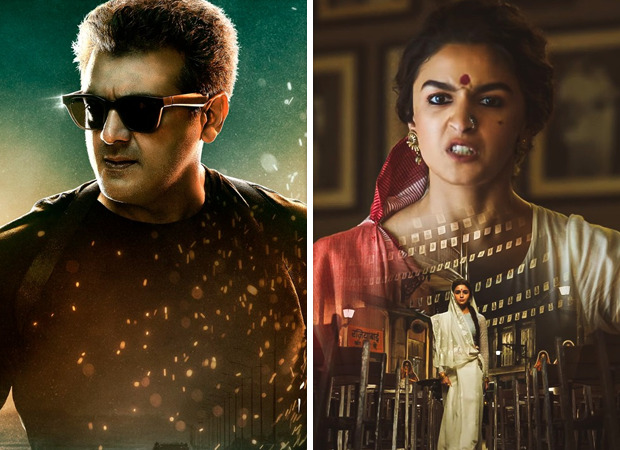 Ajith vs Alia Bhatt: The FIRST big CLASH of 2022 to take place between Valimai and Gangubai Kathiawadi

Since the few days, murmurs were going around in the trade and industry that Valimai, starring Ajith, would release in theatres on February 24. Earlier in the day, the official announcement was made by the makers. The actioner, co-produced by Boney Kapoor, would release not just in the original Tamil language but also in Hindi, Telugu and Kannada. In short, it’s going to be the first big clash that we’ll get to witness in 2022.

A trade expert told Bollywood Hungama, “Valimai is essentially a Tamil film but it’s going to have a wide release in Hindi. The trailer is very promising and audiences would love to watch it on the big screen. Ajith has a sizeable fan following in Hindi markets. Moreover, Pushpa: The Rise – Part 01’s super-success is fresh in everyone’s minds. Hence, the trade is looking forward to the performance of Valimai’s Hindi version.”

The trade expert further said, “A lot of negativity emerged thanks to the clash of Sooryavanshi and Eternals on Diwali, and during the releases of Pushpa: The Rise – Part 01, Spider-Man: No Way Home and ’83. The exhibitors also suffered. We hope, PEN Marudhar, the studio backing Gangubai Kathiawadi, and Zee Studios, that has backed Valimai, are able to amicably divide shows amongst themselves.”

Valimai was supposed to release initially on January 13, 2022, but it was pushed forward after the Tamil Nadu government imposed restrictions and announced a Sunday lockdown. Bollywood Hungama, on December 31, 2021, was the first one to break the news that the 178-minute long Valimai has been passed with 15 cuts by the CBFC.

Meanwhile, before Gangubai Kathiawadi-Valimai clash, trade is also gearing up for another clash, albeit a minor one, on February 11. Ravi Teja’s Telugu film Khiladi will release alongside the Rajkummar Rao-Bhumi Pednekar starrer Badhaai Do in Hindi. As per sources in the exhibition sector, Khiladi is expected to have a good screen count in the Hindi markets.