Rohit Shetty is all set to impress us once more with his cop drama Sooryavanshi from the Simmba – Singham universe and we have an interesting titbit associated with it! While he has successfully got Ajay Devgn, Ranveer Singh and Akshay Kumar for these films, he has a grand plan to end this series with a BANG. He revealed at an event recently that after Simmba, Sooryavanshi and Singham, he wants to make a film headlined by a woman cop! Now, this sure has sent his fans into a tizzy because this idea itself is extremely promising and exciting. We wonder who the leading lady will be! 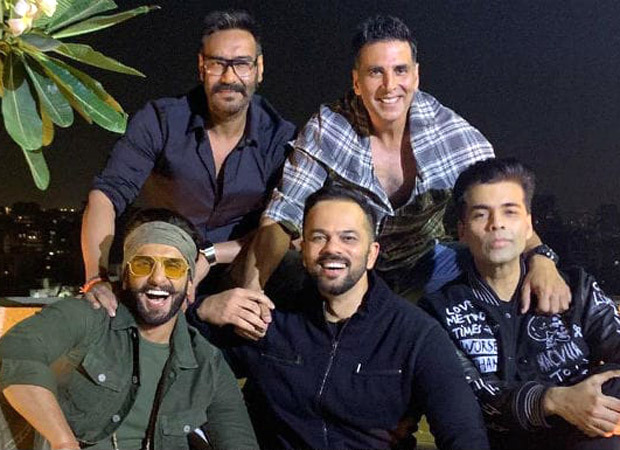 Rohit Shetty recently revealed his plans at FICCI Frames 2019 in a panel moderated by Faridoon Shahryar and said, “Soon we will be making it. We have a story in mind. We will definitely do it. We need to take a year or so, but we plan to do that to complete the universe." This news sure set the ball rolling for obvious questions like: Is he heavily inspired by the Avengers series? To which he said, “Whatever happens in Hollywood, happens here 10 years down the line. That's always been the theory. When I was watching the 'Avengers' series, I got an idea that 'why don't we create a universe?”

Rohit even spoke about his apprehensions as a filmmaker before creating this universe. He said, “Obviously, we don't have the kind of budget to make so many superhero films year after year. Then I thought to make a cop universe from 'Simmba' onwards.” He added, "I was a bit scared before the release because this was happening for the first time in our country. I knew that youngsters and kids will (understand), because they have 'Avengers', but our mature audience hasn't seen that. I had doubts merging two worlds but it worked big time.”

Rohit has already shot few bits of Sooryavanshi with Akshay and is filming the project on priority basis.