Just a few days ago, we saw Taapsee Pannu enjoying the serene atmosphere of Sonmarg amidst other chaotic cities of Kashmir. However, it seems that all the capturing of the Kashmir beauty in this ecological zone of the state was done illegally. Or so say the recently reported claims of Jammu & Kashmir Tourism Board. The latter has sent a legal notice to the makers of Manmarziyaan for shooting in an ecological zone. 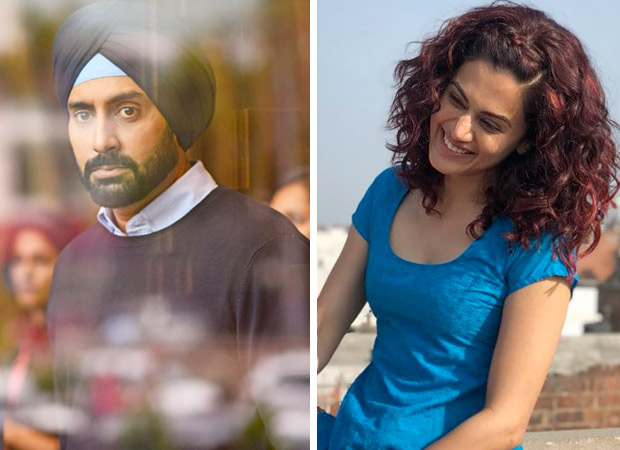 According to the reported notice, as per the Jammu and Kashmir High Court orders, vehicles are banned in this ecological zone of Sonmarg by the Sonmarg Development Authority. So, recent reports further have quoted sources stating that the board has given the team of Manmarziyaan a week to revert the notice.

While the makers have maintained that they have indeed been granted all the necessary permissions, the notice has questioned its process. The reports state that the department has asked the makers to produce a detailed response on how they procured these permissions in such an ecological sensitive zone.

According to a PIL filed by local environmentalist Faiz Bakshi, it states that certain rules were overlooked for the shoot which had Abhishek Bachchan, son of Bollywood megastar Amitabh Bachchan. For the uninitiated, the actor had joined the team for a short schedule there on April 18 and shot in a gated property for his portion. The PIL alleged that a higher authority was involved in letting them in doing so since it would have apparently been impossible for the unit to have done it all themselves.

Furthermore, Bakshi also went on to assert that for shooting in this ecological zone, one requires as many as five permissions. The reports quoted him saying that there is a lapse in the part of the local administration. In fact, to shoot in this zone, one is expected to seek permissions from the Distrcit Magistrate, Department of Tourism, Sonmarg Development Authority, Department of Wildlife Protection in Kashmir and the police.

As for the makers, the Colour Yellow Production of Aanand L. Rai has responded to these accusations stating that they have all the necessary permissions. They have reportedly maintained they indeed did seek the permission of the Department of Tourism and Department of Wildlife Protection in Kashmir. They also assured that they have abided by all the terms and conditions and rules that were put forth before allowing them to shoot in these picturesque locations.