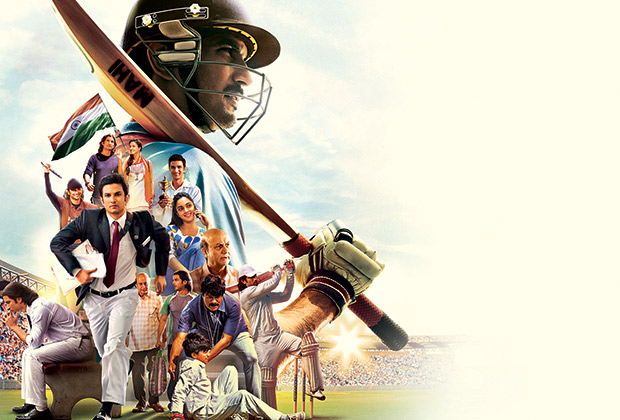 M.S. Dhoni - The Untold Story is sustaining itself well now. After a good Monday [Rs. 8.51 crore], it stayed steady on Tuesday too with Rs. 7.5 crore more coming in. The film's overall collections stand at Rs. 82.03 crore now and with this the film is already the sixth highest grosser of the year, hence leaving behind Baaghi [Rs. 77 crore] and Neerja [Rs. 75.65 crore] as well. The film would cross Fan [Rs. 85 crore] by afternoon and become fifth highest grosser of the year.

Compared to the gap that Friday [Rs. 21.3 crore] and Monday [Rs. 8.51 crore] collections had, the collections have held up much better on Tuesday, hence ensuring that the Rs. 100 crore mark would be touched on second Friday or at maximum by Saturday morning. That would give Sushant Singh Rajput an entry into the Rs. 100 crore club as well. That would be quite well deserved for the youngster who now has Raabta and Takadum lined up in 2017.

Neeraj Pandey could well be getting his highest grosser ever in a week's time itself as M.S. Dhoni - The Untold Story chases the lifetime total of Baby [Rs. 95.5 crore] to be achieved in 7 days flat. It would be a touch-and-go for this number to be touched by Thursday evening.

The Fox production is a solid Hit now and good collections in the second weekend would bring it into the super hit zone as well.