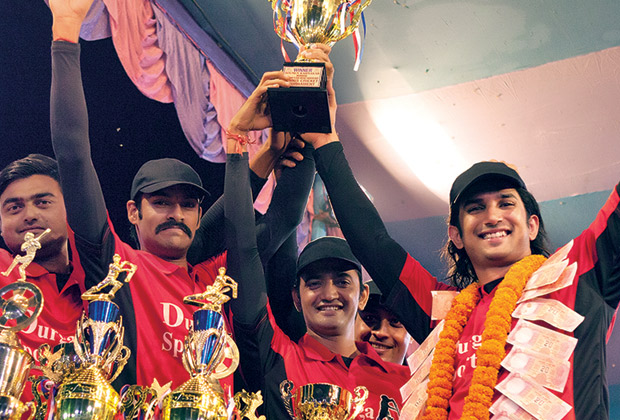 M.S. Dhoni - The Untold Story has collected Rs. 8.51 crore on Monday. When compared to Friday collections [Rs. 21.3 crore], this appears to be a drop. That said, if one looks at the standalone collections for a Monday, these are good numbers indeed. The good thing about the film is that it over performed to such a level on Friday that whatever comes in at this point in time would definitely appear lesser. That said, it is now expected that the film would hold on to these levels for the rest of the week.

The film has done its job in terms of being a good earner at the Box Office and has brought in Rs. 74.51 crore already. The momentum now needs to sustain so that the film continues to run well towards being the second highest grosser of the year, hence going past Airlift [Rs. 129 crore].

While for Fox the film has turned out to be a good success, director Neeraj Pandey and actor Sushant Singh Rajput would soon be debuting in the Rs. 100 crore club. Neeraj missed it by a whisker in case of Baby [Rs. 95.5 crore] but would now find a much deserved slot. As for Sushant, he would now be joining his colleagues like Ranveer Singh, Varun Dhawan, Sidharth Malhotra and Arjun Kapoor who already have a century each to their name.