Clashes always result in relationships going sour in the industry. As we near the year end, our sources reveal that there are a lot of conflicts happening between Zero and Simmba teams taking the release size of the two films. While the producers of the two films had mutually decided on the release dates, we hear that insecurities have started taking-over the long-lasting relations. Trade sources reveal that Shah Rukh Khan is going the Chennai Express way by signing a two-week contract with single screen owners to make sure that his film, Zero retains maximum possible screens in the second week of its release. Back in 2013, Khan adopted the same tactic, owing to which the release of Once Upon Ay Time In Mumbai Dobaara got fractured, and we see history repeating itself over here. 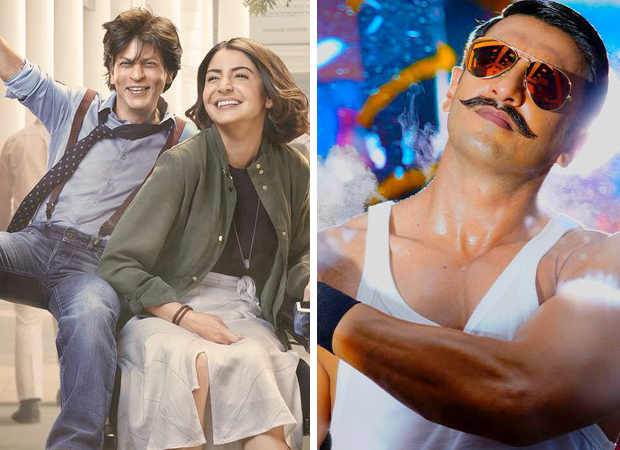 On the other hand, as Karan Johar and Rohit Shetty got to know about Shah Rukh Khan’s tactic from the distribution circuit, the two also started clubbing their film with 2.0 (which is presented by Karan Johar). “There have been multiple discussions between Shah Rukh Khan and Karan Johar, however, the two could not reach to an impeccable solution. As Rohit Shetty was on Shah Rukh Khan’s side during Chennai Express, he knows Khan’s clout in the distribution circuit and doesn’t want to be at receiving end this time around. People at Reliance Entertainment overheard Shetty say, ‘We should go ahead with a clash if team Zero resorts to tactics like signing contracts.’ Shetty understands the business of Hindi films and doesn’t want the initial business of his film to suffer due to a fractured release,” said a source close to the development. Rohit Shetty was of the opinion that rather than getting a fractured release in week 2, wherein the exhibitors are wouldn’t screen his film in their theatres owing to contractual commitments, it is better to clash such that the two films get screens based on their merits. “However, Shetty must have said that in the heat of the moment and the clash won’t happen as the distributors of the two films have already started talking to the cinema owners for screen bookings,” quipped a source.

The distribution head of Reliance, Mr. Aditya Choksi has already been asked by the production team of Simmba to lock the deals with local exhibitors as soon as possible and make sure that the film releases on more than 3000 screens in India on 28th December. On the other hand, the distribution head at Red Chillies, Gaurav Verma has already instructed his sub-distributors to seal the 2-week contract to the soonest to ensure that Zero retains maximum screens and the biz is not hampered by Simmba. “Shah Rukh Khan, Rohit Shetty and Karan Johar sat down and mutually decided on the release date of Zero and Simmba. Back then, it was decided that Zero would get a one-week free run and then retain screens in the second week based on merits. However, the 2-week deal has come as a shocker to Shetty and team Simmba. They are working on multiple possibilities now, which includes clubbing the film with 2.0 since Karan Johar is the common link. Both Shah Rukh and Karan Johar are known to be shrewd businessmen, and it would basically be survival of the fittest,” concluded the source.

As they say, "Dhande Ke Liye Jo Sahi, Woh Sahi. Dhande Ke Liye Jo Galat, Woh Galat." Well, we still have a month and a half for the release of two films and the political game has already begun. Only time shall tell us as to who would win the battle for screens this Christmas. Zero stars Shah Rukh Khan, Katrina Kaif and Anushka Sharma whereas Simmba stars Ranveer Singh and Sara Ali Khan in lead.