Emmy Award winner Zach Galifianakis and Emmy Award nominee Elizabeth Banks will be starring alongside Succession star Sarah Snook and Blockers actress Geraldine Viswanathan in The Beanie Bubble that has landed at Apple. 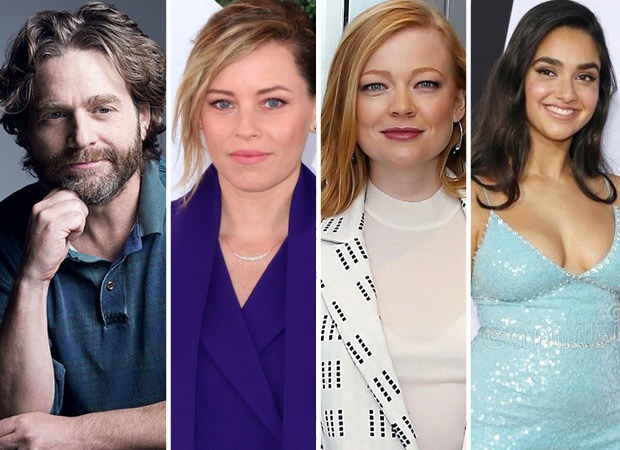 According to The Hollywood Reporter, The Beanie Bubble is based on Zac Bissonette’s book The Great Beanie Baby Bubble: Mass Delusion and the Dark Side of Cute, which is inspired by the craze in the ’90s that saw the plush animals toys collected as financial investments due to their prospective resale values.

The description for the movie reads, “It pulls back the curtain on the absurdities and injustices of the American Dream — particularly the female relationship to it. It’s a celebration of the women who helped power Ty Warner’s success, whose strengths and good instincts shaped and amplified the phenomenon, but whose names are not on the Beanie Babies’ heart-shaped tags.”

The Imagine Entertainment project was written by Saturday Night Live alum Kristin Gore, who will co-direct the movie with husband and fellow filmmaker Damian Kulash, the Grammy-winning lead singer behind the band Ok Go. Imagine Entertainment’s Brian Grazer, Ron Howard and Karen Lunder will produce under the company’s first look with the tech giant.

Apple and Imagine’s upcoming projects include Black & Blues: The Colorful Ballad of Louis Armstrong and docuseries The Supermodels.